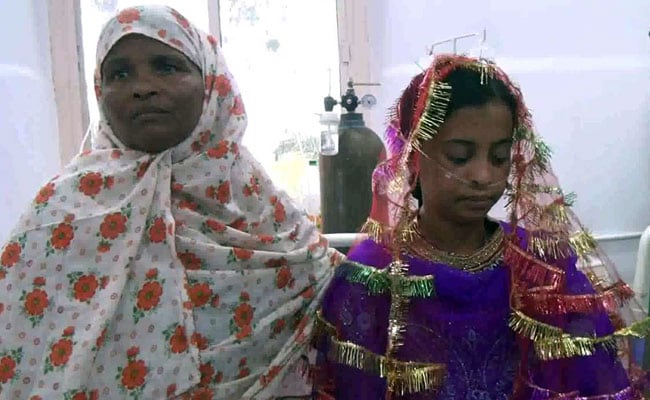 Some believe that love is worth dying for.

Twenty-year-old Reshmi from Telangana’s Vikarabad was in a relationship with Nawaz, four years her senior. They were distant cousins, and the woman was unsure if her family would agree to their marital alliance. And then, on Tuesday, she came to know that they were planning to marry her off to another.

Reshma preferred death over a life without Nawaz, and so she drank pesticide.

Nawaz rushed to the hospital as soon as he heard about the incident, and the sight of his girlfriend lying in such a critical conduction was more than he could bear. Grief-stricken, he drank pesticide too.

The couple’s families had no choice but to understand that theirs was a virtually unstoppable union. They arranged for an Islamic wedding ceremony, and the two were married off with IV tubes and respirators still attached to their bodies. Photographs of the event showed the groom in a wheelchair, the pain very much evident on his face, and Reshma on a hospital bed dressed in bridal wear.

“It’s true that we had started looking for prospective alliances, but then, she never told us about this boy,” said Shahnaz Bee, a relative of Reshmi. “We would never have let things get this far.”

Vikarabad police chief Annapurna said they have not registered a case in this regard. “No complaint was lodged, and the matter was settled amicably with the intervention of village elders and the community,” he added.

Meanwhile, the two continue to fight for their lives — but now as man and wife.