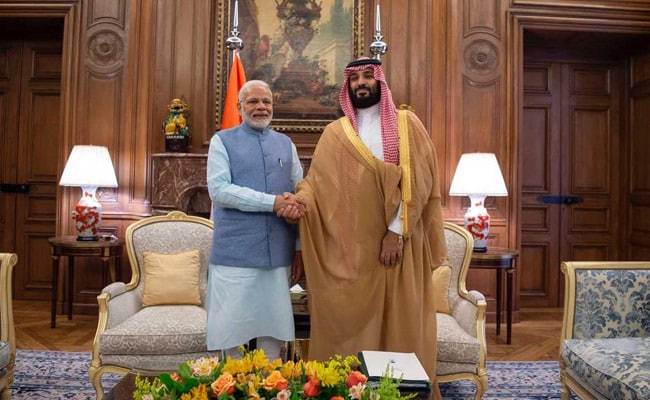 Prince Salman, who is also Saudi Arabia’s defence minister, will arrive in India on Tuesday, on his first official visit. Cooperation in combating terrorism is likely to figure high on the agenda of his talks in New Delhi, since his visit comes after a deadly attack on CRPF forces in Pulwama by Pakistan-based terror group Jaish-e-Mohammad. Saudi Arabia had strongly condemned and the attack and said it firmly stands by India.

“Saudi Arabia and India share age-old ties of friendship. Crown Prince Mohammed bin Salman’s visit to India is highly anticipated and presents a historic opportunity to expand collaboration between our two friendly countries in all fields,” Ambassador of the Kingdom of Saudi Arabia to India Saud Mohammad Al Sati said.

Recently, Saudi ARAMCO, in partnership with ADNOC of the UAE, entered into a $44 billion joint venture for the Ratnagiri refinery and a petrochemical project.

The visit by Prince Salman follows PM Modi’s trip to Saudi Arabia in April 2016, during which the two sides had agreed to improve their existing strategic partnership.