​It was honours even at Selhurst Park after Crystal Palace and West Ham United played out a 1-1 draw on Saturday afternoon.

The visitors started the better and took the lead in the 27th minute after Vicente Guaita, who made two decent stops earlier in the game, hauled down Michail Antonio inside the area with a rash challenge, giving Mark Noble the chance to convert from the spot, with West Ham’s captain doing just that.

Despite looking threatening every time they ventured forward, Manuel Pellegrini’s side had Lukasz Fabianski to thank for preserving their one goal advantage at the interval, with the Pole producing smart saves either side of the penalty to deny James McArthur and Christian Benteke respectively.

Palace started brightly following the break as they looked to get back into the game, and thought they had done in the 53rd minute when McArthur was played through with just Fabianski to beat. However, the Scot produced a miss of the season contender by pulling his effort wide with the majority of the goal to aim at. 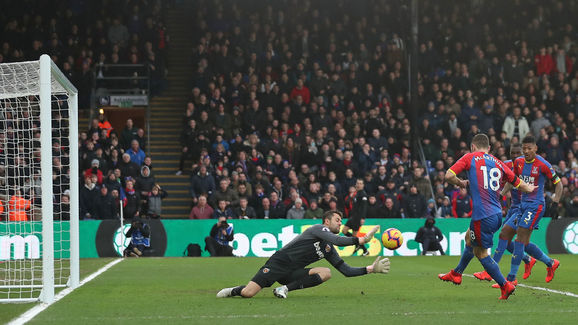 After going close through a Patrick van Aanholt volley, the hosts did get themselves back into the game in the 76th minute through Wilfried Zaha, whose shot from a tight angle took a deflection off Issa Diop and beyond a helpless Fabinaski.

The Pole was on hand to deny the Palace goalscorer a second five minutes later as Palace searched for a winner, but to no avail, as both sides had to settle for a point.

Here’s our breakdown of this one. 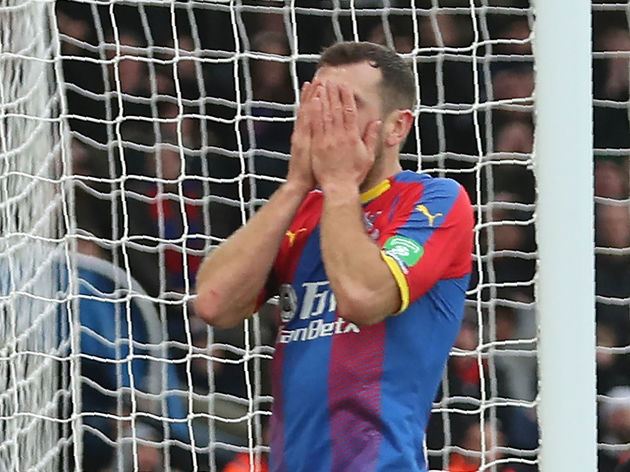 While Roy Hodgson will be pleased his side rallied to take a point, the Crystal Palace manager will be cursing his luck in front of goal as to how his side didn’t come away with the win.

After being fortunate to enter half-time just one goal behind, the hosts were much improved in the second period, although astounding misses from both McArthur and substitute Michy Batshuayi prevented Palace from getting back into the game.

Zaha’s equaliser was somewhat fortuitous considering the deflection it took off Diop to find its way in. However, those of a Palace persuasion will feel their second half performance warranted at least a share of the spoils.

5 – Wilfried Zaha has scored his fifth Premier League goal this season, but netted for the first time at Selhurst Park since the final day of the 2017-18 season. Leveller. #CRYWHU

With Crystal Palace looking for someone to get them back into the game, Wilfried Zaha was the man to do just that in the second half, as the winger looked to drive with the ball at every opportunity, so it was no surprise that the Eagles’ equaliser came through him.

5 – Wilfried Zaha has scored his fifth Premier League goal this season, but netted for the first time at Selhurst Park since the final day of the 2017-18 season. Leveller. #CRYWHU

Christian Benteke was a peripheral figure for the 60 minutes he was on the field, with the way he snatched at his only chance in the first half highlighting how out of touch he is in front of goal.

Tired of making excuses for Benteke. Totally waster. Schlupp has been outstanding. Jimmy playing well. Townsend not so much. PVA poor again. Zaha is gonna deliver today. I can feel it. #CRYWHU

A special mention however does go to James McAruthur, who wayward shot at the beginning of the second half will no doubt be a ‘miss of the season’ contender’

Tired of making excuses for Benteke. Totally waster. Schlupp has been outstanding. Jimmy playing well. Townsend not so much. PVA poor again. Zaha is gonna deliver today. I can feel it. #CRYWHU

After looking threatening every time they went forward in the first half, Manuel Pellegrini would’ve been thankful to have taken a point from Selhurst Park.

With Felipe Anderson and Antonio providing great pace from wide areas, their attacking impetus diminished after half-time, as the hosts seized control of the game, and could’ve been behind by the time Zaha equalised had the hosts had their shooting boots on. If Pellegrini can get his side performing like they did in the first period for the remainder of the season, they will cause every side problems, however the sudden drop in intensity after the internal would be concern for the Chilean.

Well the second half was more like the West Ham we know. Sat well back for most of the half. Good job we had Fabianski in goal or it would’ve been worse

Barring Felipe Anderson, Lukasz Fabianski has been West Ham’s best addition this season, with the Polish shot-stopper producing three fine saves during the game at Selhurst Park to help secure the Hammers a point.

Well the second half was more like the West Ham we know. Sat well back for most of the half. Good job we had Fabianski in goal or it would’ve been worse

While it wasn’t a poor display from Ryan Fredericks, his lack of match sharpness did show for Palace’s equaliser after letting Zaha run off him in the build-up.

With Crystal Palace playing in the FA Cup fifth round next weekend, their next game in the Premier League is in two weeks time, when they travel to face Leicester City.

West Ham meanwhile have a home game against Fulham this coming Friday.