Crystal Palace youngster Will Donkin is reportedly attracting interest from two Chinese Super League clubs – one of whom is managed by former Wales and Sunderland boss Chris Coleman.

The former Chelsea academy graduate is yet to break through into the first-team picture at Selhurst Park, but his progress has not gone unnoticed to visiting scouts who have watched him in action during the Premier League 2 season. The​ Sun claim that both Hebei China Fortune, managed by Coleman, and Shenzhen are interested in bringing Donkin over to China. Should a move materialise, the youngster will join an ever growing list of young talent upping sticks and moving abroad in search of first-team action.

A move to China at this stage of his career would be somewhat unprecedented though, with many players opting to move to the cash rich league towards the back end of their playing days. Marouane Fellaini and Mousa Dembele are two recent examples of players departing the Premier League for pastures new, but both enjoyed lengthy careers in England before making the switch.

Other global stars have made similar moves and Hebei are no stranger to bringing in talent from abroad. They currently have Argentine duo Javier Mascherano and Ezequiel Lavezzi on their books, with both players having enjoyed illustrious careers at the highest levels of the game. 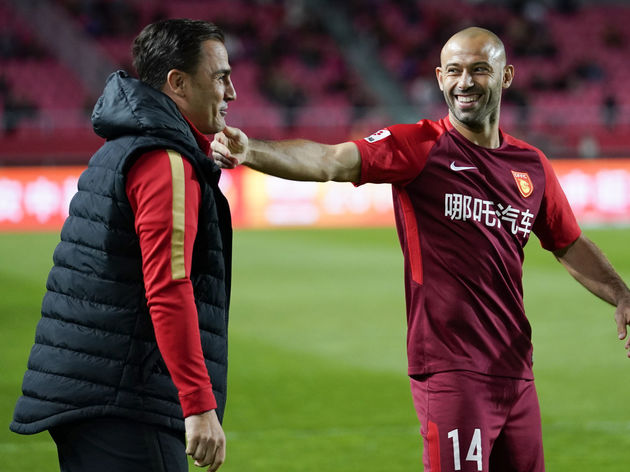 Donkin moved to Palace in 2017 and he is highly rated by the club’s coaching staff. Failure to break into the first team picture may persuade him that his future lies elsewhere though, with Jadon Sancho of Borussia Dortmund a shining example of what can be achieved when a young player is exposed to competitive first-team action.

Women's World Cup: Why England Won't Be Lifting the Trophy Unless...

50 English words that are mispronounced

Exclusive Notebook behind-the-scenes: This is how Zaheer Iqbal turned into Kabir….