Danny Murphy has insisted that Manchester United should look to bolster their midfield options this summer and identified Declan Rice and Harry Winks as potential targets for the Red Devils.

Both players have enjoyed stellar seasons thus far, with Rice making the successful transition from defence into midfield for West Ham, whilst Winks has cemented his spot in the Tottenham starting XI after a string of composed performances in the heart of midfield. 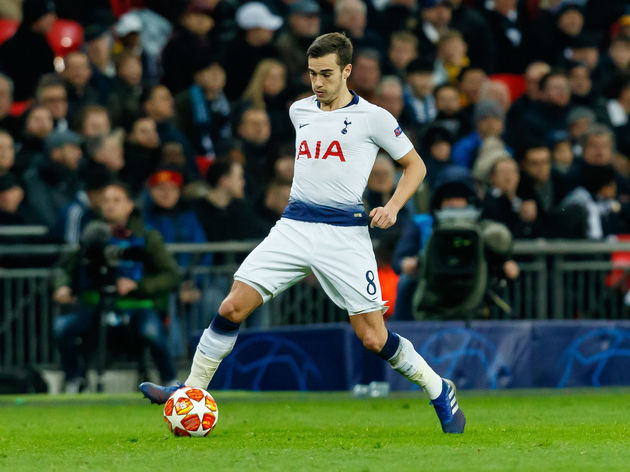 ​United recently slipped to their first defeat under Ole Gunnar Solskjaer against Paris Saint-Germain and, in Murphy’s opinion, the defeat was down to the Red Devils’ current lack of midfield options.

​”I watched the PSG game with interest and there was one glaring weakness with United,” he told the ​Daily Mail.

“They don’t have anyone in midfield who can dictate the tempo as Michael Carrick used to. PSG did have that player: Marco Verratti. I’ve been a big fan of his for years and he showed what United are desperately crying out for. “​Nemanja Matic does the destructive side of the midfield job very well but he’s no Carrick — or even Fernandinho, who is so important for Manchester City.

Murphy then went on to explain that United should be looking to bolster their midfield with one of either Rice or Winks, after they have shined for ​West Ham and ​Tottenham respectively.

“The right players aren’t easy to find. The next generation are showing promise and I’ll keep a close eye on Harry Winks and Declan Rice.

“They both look like they have the technical ability and Winks is getting useful experience in big games. Is Rice a future Manchester United player? He’s physically strong and only just turned 20, so let’s see.”

Paul Pogba: 6 Players Who Could Replace the Frenchman at Man...

I Know I Will be Judged on Champions League Success, Admits...