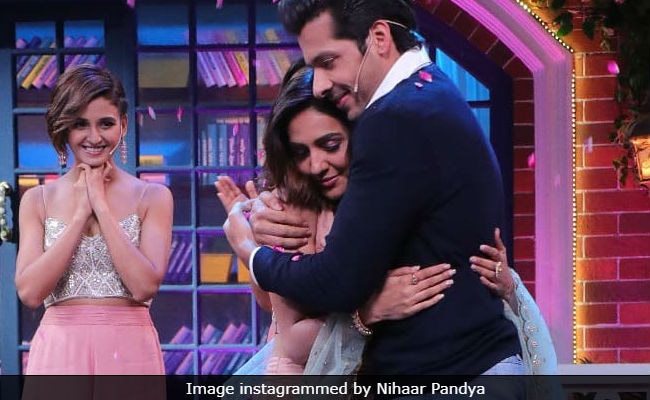 Not on Valentine’s Day, singer Neeti Mohan will marry actor Nihaar Pandya on February 15, reports news agency IANS. A source close to the couple told IANS that before the wedding ceremony, a mehendi function will be held on the afternoon of February 14 and a combined sangeet ceremony and engagement function will be held on the night of the Valentine’s Day. All wedding ceremonies will be held in Hyderabad’s famous Falaknuma Palace, where Salman Khan’s sister Aprita married Aayush Sharma in 2014. Neeti Mohan, who debuted in Bollywood as a singer with Ishq Wala Love, has reportedly engaged singer Harshdeep Kaur to perform at one of her pre-wedding functions.

After the wedding ceremonies in Hyderabad, the couple will host a wedding reception for the film fraternity in Mumbai later this month, reported IANS.

Earlier this month, Neeti and Nihaar appeared on The Kapil Sharma Show where they spoke about their relationship. “A friend was a part of Aasma – the band that Neeti also had an association with. I always asked that friend to introduce me to Neeti, but it never happened. Surprisingly, at the same friend’s wedding in Goa, almost a year ago, I met Neeti formally. I was in love with her… Thereon started our love story,” said Nihaar, who was last seen in Manikarnika: The Queen of Jhansi.

Neeti Mohan is the sister of dancer choreographer Shakti and Mukti Mohan. Jiya Re, Saadi Galli Aaja and Sau Aasmaan are some of Neeti’s best known songs.