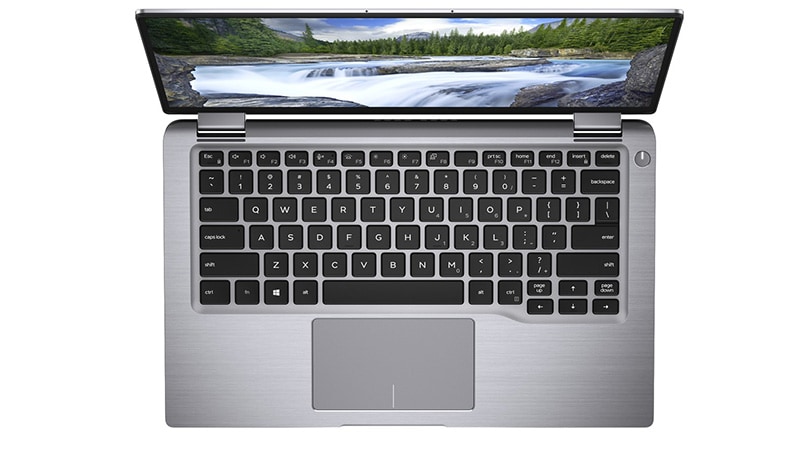 Dell has announced its new Latitude 7400 2-in-1 laptop ahead of CES 2019. Aimed at business users, the Latitude 7400 is claimed to be the world’s smallest commercial 14-inch 2-in-1 laptop. Dell says that the laptop is completely new from the ground-up and boasts of features such as Dell’s ExpressSign-in, Cat. 16 Gigabit LTE, and ExpressCharge which claims to offer up to an 80 percent charge in an hour. The Dell Latitude 7400 2-in-1 will go on sale in the US in March, at a starting price of $1,599 (approximately Rs. 1,11,100).

The Latitude 7400 2-in-1 is available in a new Titan Gray finish, with a machined aluminium body and a hairline brushed design. The weight of the laptop starts at 1.36kg but this will vary depending on the configuration you select. Since it’s a 2-in-1, the display of the laptop can be tilted all the way around so it can be used as a tablet. Dell has also says it’s beefed up the thermal solution in the Latitude 7400 2-in-1, which now makes use of GORE material, infused by an aerogel, similar to what NASA uses.

One of the big new features is Dell’s ExpressSign-in which uses a combination of Intel’s Context Sensing Technology and Windows Hello, to automatically authenticate the user. The proximity sensor built into the laptop detects your presence as you approach it and will automatically wake it up, after which the infrared camera system is used to authenticate your face and sign you into Windows. Dell says that the Latitude 7400 2-in-1 can recognise when you’re away from the PC and automatically lock it and put it to sleep.

Dell Latitude 7400 2-in-1 Specifications
The laptop is powered by Intel’s 8th generation U-series ‘Whiskey Lake’ CPUs, and supports up to 16GB of LPDDR3 RAM, up to a 1TB M.2 PCIe NVMe SSD and integrated Intel UHD Graphics 620 GPU. There’s a 2TB storage option coming in “summer 2019”. The Latitude 7400 2-in-1 features a 14-inch touch display with a full-HD (16:9) resolution, with anti-reflective and anti-smudge treatments and Gorilla Glass 5. It also supports Dell’s Active Pen, which is sold separately. The display boasts of having narrow borders on all sides and despite this, Dell has managed to fit the webcam and the infrared camera for Windows Hello up on the top, where it belongs.

In terms of physical connectivity, the laptop features two USB Type-A 3.1 (Gen1) ports, two Thunderbolt 3 ports (Type-C), a full-sized HDMI port, SIM card slot on compatible models, mciroSD card reader, SmartCard reader, and a Noble Wedge Lock slot. For wireless connectivity, you get dual-band 802.11ac Wi-Fi with 2×2 MIMO antennas, Bluetooth 5.0, and a option for a LTE version with Cat. 16 Gigabit LTE speeds. Being a business laptop, the Latitude 7400 2-in-1 has additional security in the form of Dell’s ControlVault 3 for hardware multi-factor authentication and programs like VMware’s Workspace ONE pre-installed. The laptop is also ‘Skype for Business’ certified and has stereo speakers with MaxxAudio Pro.

Motorola TV Lineup With Android 9.0 and Bundled Gamepad Launched in...