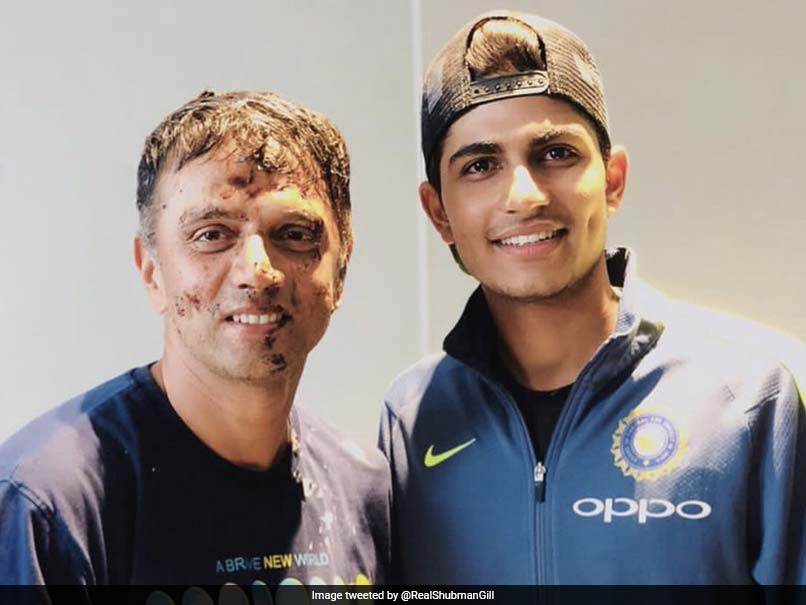 Shubman Gill has been termed as the next big thing in the Indian cricket team in time and again. Now, when he has been called-up for the last two One Day Internationals Down Under and forthcoming New Zealand tour, India chief selector MSK Prasad believes that he is ready for international cricket and being considered for the position of a reserve opener. Prasad also said he has discussed with under-19 and India A team coach Rahul Dravid about young Shubman Gill ahead of India’s tough overseas tour.

“Shubman is comfortable both opening the innings as well as playing in the middle-order. For New Zealand series, we are looking at him as the reserve opener behind Shikhar (Dhawan) and Rohit (Sharma). I won’t comment if he will make it to World Cup but he was phenomenal as an opener for India A in New Zealand,” Prasad said.

“We have discussed with Rahul (Dravid), that Shubman is ready for international cricket. The best part is the clutch of A tours which has made all these players battle ready for the biggest challenge,” the eloquent Prasad added.

Calling Rishabh Pant a “champion cricketer in the making”, Prasad revealed that the young wicket-keeper is in the mix for the 2019 India’s World Cup campaign for his ability to seamlessly switch formats.

After being “rested” for the ODI series against Australia and New Zealand, there have been conjectures about his place in the England-bound squad but Prasad set the record straight about selection committee’s plans about talents such as Pant and Shubman Gill.

“Rishabh Pant played three T20s and four Test matches in Australia and that had an impact on his body. He needed complete rest for two weeks and then we will take a call on how many matches he will play against England Lions. Let me put it straight, he is very much in our World Cup plans. He is a champion player in the making and even he is not fully aware the kind of potential he has,” Prasad said.

Prasad is happy that Pant is now understanding what skipper Virat Kohli and coach Ravi Shastri expect of him and Sydney was a testimony to that.

“Ravi and Virat had advised him to put his head down and respect the match situation and he did exactly that. He proved that he can switch gears seamlessly. When we picked him for Tests, experts were sceptical about his keeping but 11 catches in a Test in England, record dismissals in Australia series proves that selection committee is vindicated,” the former India keeper stated.

The likes of Hanuma Vihari, Mayank Agarwal, Prithvi Shaw, Khaleel Ahmed have all been impressive in international cricket and that makes Prasad very happy.