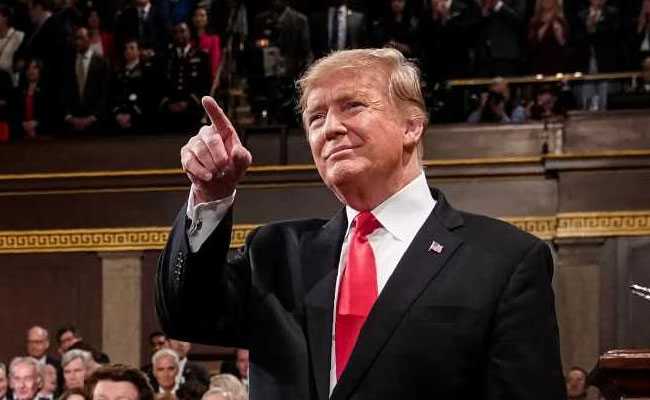 President Donald Trump has gotten ahead of special counsel Robert Mueller III’s investigation, making one thing clear: There was collusion.

In a Sunday morning tweetstorm, Trump blasted the previous night’s episode of “SNL,” which opened with Alec Baldwin portraying the commander-in-chief declaring a national emergency at the southern border – and quickly drew fire from the ACLU and Baldwin himself.

And, like before, Trump said without much explanation that the show is a coordinated attempt by NBC at character assassination.

“Nothing funny about tired Saturday Night Live on Fake News NBC! Question is, how do the Networks get away with these total Republican hit jobs without retribution?” Trump said on Twitter. “Likewise for many other shows? Very unfair and should be looked into. This is the real Collusion!”

Four minutes later, he tweeted: “THE RIGGED AND CORRUPT MEDIA IS THE ENEMY OF THE PEOPLE!”

Mueller’s investigation and recent court decisions have found that at least four former Trump aides allegedly have lied about contacts with Russians during the 2016 election.

“SNL’s” cold open skewered Trump’s Friday news conference: “Wall works, wall makes safe,” Baldwin-as-Trump said. “You don’t have to be smart to understand that – in fact, it’s even easier to understand if you’re not that smart.”

That apparently got under Trump’s skin, as Baldwin’s performances often have.

In December, when “SNL” imagined a world in which he did not exist, Trump suggested that the satirical program – which has needled presidents for decades and does not do any newsgathering or reporting – should be “tested in courts.”

Other social media users criticized Trump for challenging Constitutional protections. One political scientist noted that Trump was akin to Turkish President Recep Tayyip Erdogan in his intolerance for criticism. Erdogan’s strongman tactics have led to prosecutions of reporters and dissidents.

Trump has frequently targeted the media as “the enemy of the people” and earlier said it would be good to “loosen up” libel laws. The rhetoric has raised concerns that Trump’s words will translate into real-world violence; on Monday, a man assaulted a BBC cameraman at a Trump rally in Texas.

And his dismay with “SNL” appears to have crossed over into the reporting side of the NBC network. During the same Friday news conference, Trump took questions but made it a point to filter out some options.

That moment was also lampooned in “SNL’s” cold open, which oscillated among a number of topics, mirroring Trump’s news conference style, as The Washington Post’s Bethonie Butler wrote.

“Trump whines,” Baldwin wrote on Twitter in response to Trump’s outcry. “The parade moves on.”

“Saturday Night Live” has a rich tradition of lambasting whoever occupies the Oval Office.

The variety show premiered in 1975, one year into the Gerald Ford administration. Chevy Chase took up the mantle as the bumbling “President Pratfall” soon after. Ford laughed in public, but he was privately dismayed by the performance, which portrayed him as a buffoon.

Every president since has contended with “SNL’s” funhouse mirror. But only one has used Twitter to tell us how he felt about it.