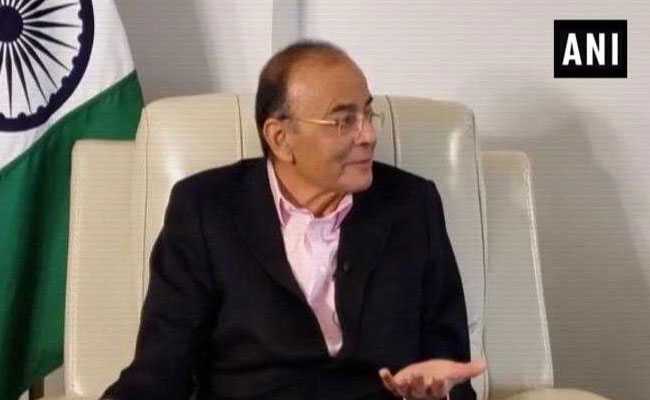 After day-long opposition attacks on the government’s big-ticket announcement of cash transfers to farmers, Union minister Arun Jaitley ripped into the opposition, demanding that they stop shedding “crocodile tears” for the farmers. The agriculture sector, he pointed out was not just the responsibility of the Federal government. “I’m sure opposition parties can top up the central scheme,” he added.

Through the day, opposition parties have kept up an unrelenting attack on the government, alleging that the sum of Rs 6,000 a year fell  far short of what farmers, struggling under huge loans, needed.
Congress chief Rahul Gandhi said Rs 17 a day was an insult to the farmers.

Critics have also pointed out that the states are doing better to help farmers – citing the example of Telangana, which has promised Rs. 8000 per acre to farmers under its Ryata Bandhu scheme. Under it, a farmer with a 2 hectare holding (approximately 5 acres) would earn around Rs. 40, 000 a year. That’s nearly six times more than the Centre’s Rs. 6000 promise.

“Loan waivers are never a solution to the farmers’ problems in the long run. Income support is,” said Mr Jaitley from the US, where he had gone for medical treatment. The interim budget today was presented by Union minister Piyush Goyal, who is filling in for the finance minister since last week.