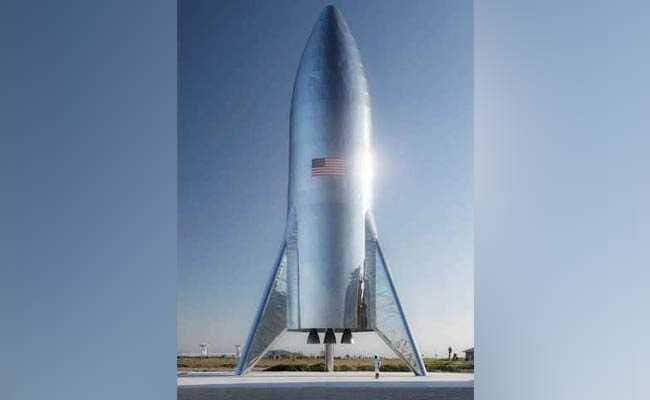 SpaceX CEO Elon Musk has unveiled the first pictures of a retro-looking, steely rocket called Starship that may one day carry people to the Moon and Mars.

Musk posted pictures on Twitter late Thursday of the Starship Hopper prototype, which awaits its first flight test in Texas in the coming weeks.

“Starship test flight rocket just finished assembly at the @SpaceX Texas launch site. This is an actual picture, not a rendering,” he wrote.

The prototype built in Boca Chica, along the Gulf Coast of Texas, is nine yards (eight meters) in diameter — like the future rocket will be — but is shorter.

Its first test flights — suborbital “hops” reaching several miles (kilometers) in the air before landing back on Earth — could come in March or April.

An orbital prototype is expected in June. That version will be paired with a massive rocket booster known as the Super Heavy.

SpaceX has said the duo could one day transport people from city to city on Earth, as well as propel passengers around the Moon, to the lunar surface, and even to Mars and back.

The company is working on a new Dragon crew capsule that could start carrying people to the orbiting outpost later this year.