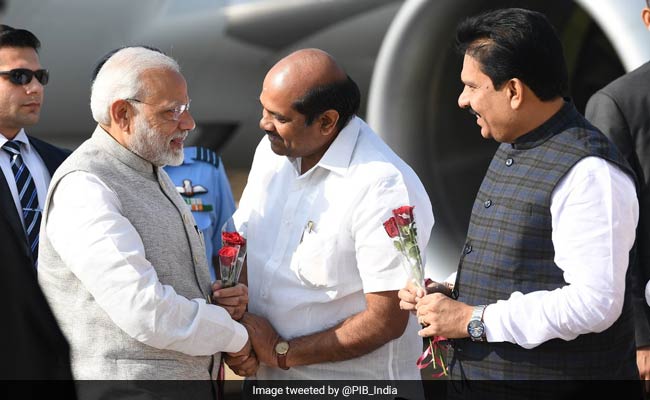 Prime Minister Narendra Modi will be visiting Solapur today to launch various developmental project. A day ahead of his visit, Congress leader and local MLA Praniti Shinde Tuesday claimed that “Emergency-like” situation prevailed in the city and alleged that protests were not being allowed against the government.

Ms Shinde claimed cable TV will be shut down in view of PM Modi’s visit, adding that democracy was being “murdered” in Solapur.

Ms Shinde also claimed that the prime minister’s visit may even get cancelled given the opposition to it.

She claimed the prime minister’s routes had been changed thrice with intelligence agencies having inputs about protests on issues such as farm loan waiver and reservation.

“Democracy has been murdered and insulted here just because the prime minister is going to come. Opposition is part of democracy, but we are not being allowed to register (our protest),” she alleged.

The prime minister will be in Solapur today to launch various developmental projects.

He will dedicate four-laning of Solapur-Osmanabad section of NH-211 and lay the foundation stone for 30,000 houses under the Pradhan Mantri Awas Yojna.

He will also launch an underground sewerage system and three sewage treatment plants.