Ernesto Valverde has refused to rule out the two Madrid teams from the La Liga title race following Barcelona’s 2-1 win over Getafe on Sunday evening.

First half goals from Lionel Messi and Luis Suarez earned the Blaugrana the victory, stretching their lead at the top of La Liga to five points in the process. 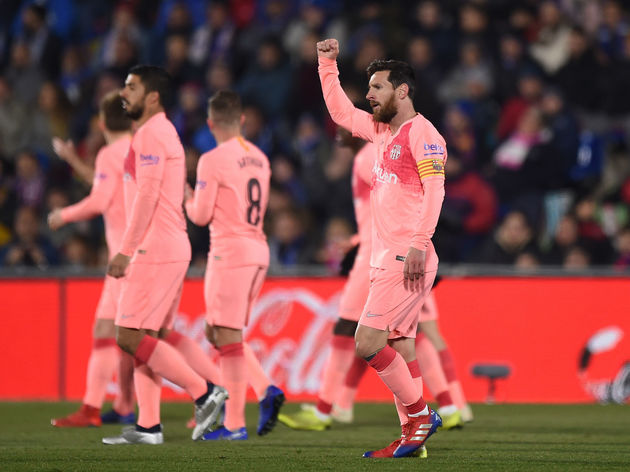 ​”Getafe is an uncomfortable rival for Barca and for anyone,” he said, as per ​Goal. “They are experts in winning second balls. They are a hard and difficult team, as the table reflects.

“I don’t think too much on the rest of the results. I think about what we have in front of us and never rule out the teams in Madrid (​Atletico and ​Real) or the rest.”

Getafe posed a very difficult test for ​Barca and they were very unfortunate not to earn themselves at least a draw. The hosts fashioned plenty of opportunities, with the most significant being a second-half miss from Jaime Mata, and Valverde recognised that his side had to dig in for the three points.

“It has been a hard match,” Valverde added. “We knew it would be as well. We withstood the challenge and picked up more points than those behind us.

“For us it was crucial to be focused. Getafe is a strong rival and pressured us a lot. We have to recognise that they had chances too.”

7 Footballers Who'd Be a Better Prime Minister Than Boris Johnson