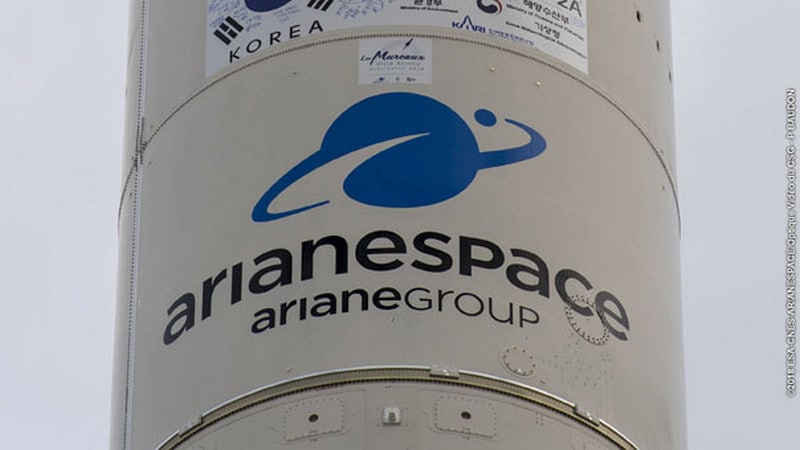 French satellite operator Arianespace has little hope of keeping up with competitors such as Elon Musk’s SpaceX.

This is the scathing assessment of France’s independent state auditor in a report that picked apart the flawed economic model behind Ariane 6, the next generation of rocket-launchers set to start operating in 2020.

It made the point that Europeans, who have taken part in developing the launcher, went for a “cautious” approach and invested in the kind of controlled technology that potential clients in the continent had no faith in, even back in 2014. This means that Ariane 6 is stuck in the past and “risks not being competitive over the long term.” Its US rivals are way ahead and already testing future disruptive technologies.

It is the job of the Paris-based Cour des Comptes to examine the ways in which the French state is making poor use of public money. It devoted 31 pages to spending in space and highlighted how the “wait-and-see approach” of commercial clients for Ariane 6 “put Arianespace in a delicate position.”

The launcher, which gives Europe autonomy in accessing space, will trail competitors in America that deploy re-usable rockets and test future disruptive technologies. It will also be too costly, the auditor wrote.

In contrast to US rivals, Ariane 6 suffers from a dearth of public procurement, the auditor wrote. Public procurement for institutional launches, the state auditor wrote, “ought to be consolidated” by Europe during its space policies meeting in Madrid this year. Such public orders would go a long way toward making Ariane 6 more competitive, the auditor said, adding that the continent has a vested interest in funding its own space space program.

Future spending should focus on new, disruptive technologies “rather than funding the operations” of the industrial groups involved in producing launchers, the report said, without naming the companies. However, reading between the lines, it would appear to be a dig at the biggest shareholders in the joint venture: Airbus and Safran.

Amazon Rivals Ride on Prime Day Marketing in the US as...