Fulham are prepared to make Aleksandar Mitrovic one of the highest-paid players in the Championship in a bid to stop him leaving the club following their relegation from the Premier League.

Mitrovic was one of very few success stories in Fulham’s 2018/19 season. The Serbian international scored 11 goals in the top flight and impressed – particularly in the first months of the campaign – but his exploits couldn’t save the Cottagers from avoiding another year in the second tier.

Attention now turns to making changes ahead of the new campaign. Fulham spent over £100m on players last summer (including £22m on Mitrovic) and are expected to jettison expensive, underperforming stars as they seek a quick return to the top flight. 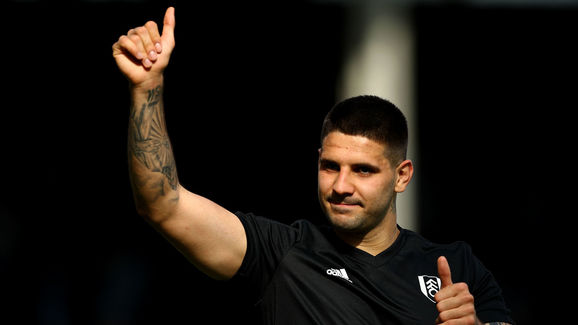 However, Mitrovic is not one of them. 90min understands that while there is interest in the 24-year-old from other clubs, the Cottagers are keen to keep hold of the forward and have offered him a new deal, which would put him among the highest earners in the Championship.

Linked with a move to China earlier this year, offers in the region of £30m from the CSL have come in again this summer – but there is little interest on Mitrovic’s part. There’s a strong chance Mitrovic agrees to extend and lead the mission to achieve promotion, as he is happy in London and can see the team bouncing back at the first attempt.

He scored 12 Championship goals in 17 games in 2017/18, so has previous experience of playing in what some consider as the toughest league in the world.

Prior to joining Fulham, 49-cap Serbia international Mitrovic spent two-and-a-half seasons at Newcastle United, where he impressed in fits and starts but was never favoured by then manager Rafa Benitez. Meanwhile, flop Jean-Michael Seri looks less likely to hang around for the 2019/20 season, with Napoli and Ligue 1 clubs linked by various outlets.

The Ivorian midfielder arrived with a big reputation, and was even linked with Barcelona prior to his £27m Fulham move, but failed to show his best form in England.

Irrfan Khan removes mask in front of paparazzi as he is...