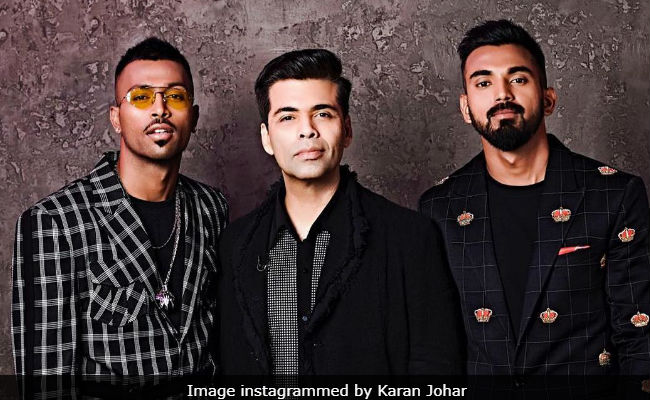 Appearing on Karan Johar’s chat show Koffee With Karan turned out be a very bad idea for cricketers Hardik Pandya and KL Rahul, who have been suspended from cricket pending investigation by the Board of Control for Cricket in India (BCCI) for their “insensitive” remarks on the show. Speaking to ET Now, Karan Johar said that he feels “responsible” for the cricketers’ fate and added that it has now “gone into a zone which is beyond his control.” Karan Johar was quoted as saying: “I have to say that I feel very responsible because it was my show, it was my platform. I invited them as guests and so the ramifications and repercussion of the show are my responsibility. I have had so many so many sleepless nights, wondering about how I can undo this damage, who is going to listen to me. It’s now gone into a zone which is beyond my control.”

In the latest season of Koffee With Karan, Hardik Pandya and KL Rahul shared the Koffee couch and some of their remarks on the show did not go down well with the Internet. The morning after the episode aired, Twitter users called Hardik Pandya and KL Rahul out for their alleged offensive and misogynistic comments. They were suspended before India’s first ODI against Australia and the cricketers have submitted their “unconditional apologies” and statements to the BCCI. In addition, the Supreme Court of India has set-up a committee, which will decide the fate of the players.

Meanwhile, Koffee With Karan makers have pulled the episode and the clippings out from their website and social media platforms. Koffee With Karan, currently in its sixth season, will conclude in a few episodes. Karan Johar’s finale guests are Kareena Kapoor and Priyanka Chopra.