​FIFA 20 is set to be released later this month, and excitement levels ahead of its release reached a whole new level after EA Sports released the game’s top 100 player ratings yesterday.

Barcelona’s Lionel Messi will be this this edition’s highest rated player on 94, with Cristiano Ronaldo and Neymar completing the top three with 93 and 92 ratings respectively.

Liverpool fans should be relishing the game’s release after seven of their players, the same number of Reds who made it into the 2019 FIFA FIFPRO World XI shortlist, featured in the top 100. 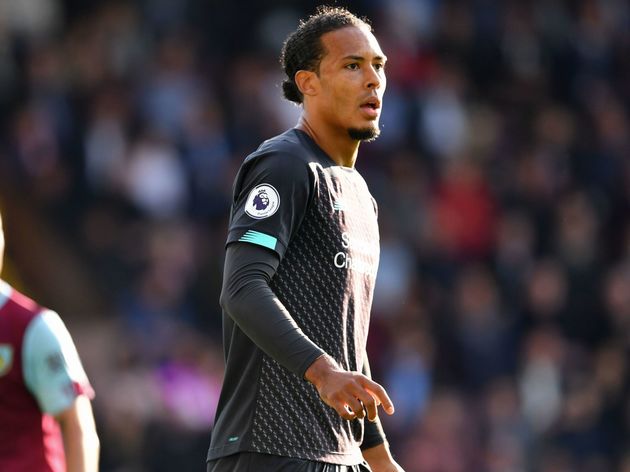 The world’s best defender Virgil van Dijk and Mohamed Salah, both with 90 ratings overall, are in the game’s top 10.

However, Liverpool fans were somewhat aggrieved by these ratings, as they were shocked that Eden Hazard was higher rated than their hero Mohamed Salah.

The Brazilian scored 16 goals last season and was an integral part of Liverpool’s Champions League triumph and his country’s Copa America victory.

The disrespect to Firmino’s rating in FIFA 20; Champions League and Super Cup winner, works his ass off as a False 9, all-around amazing player and you gave him an 86???? IF ANYTHING HE SHOULD BE AT LEAST 88 @EASPORTSFIFA  pic.twitter.com/kNvBjA0iJW

​​Fans were also disgruntled that Sadio Mane did not get more recognition after an outstanding season that saw the Senegalese star share the Premier League Golden Boot.

​​Alisson Becker has been announced as the highest ranked goalkeeper in the league but there was a lot of annoyance over the fact that he shares the title with Manchester United’s David de Gea; who was far from his best last season.

The Brazilian is the game’s third highest rated keeper, behind Atletico Madrid’s Jan Oblak and Barcelona’s Marc-Andre ter Stegen despite being crowned as the best world’s best goalkeeper by UEFA.

Am not okay with the Fifa 20 ratings.

Because De Bruyne and Hazard who haven’t done anything doesn’t deserves to be rated more than Mohamed Salah.

Oblak and Ter Stegen doesn’t deserves to be rated more than Alisson who has won 3 Golden Gloves in a year.

​​With more ratings set to be released, be sure that the online arguments will continue.

lokesh1994 - January 28, 2020 0
Emmanuel Adebayor could be set for a sensational return to the Premier League, with Newcastle, Aston Villa, Newcastle and Brighton all reportedly interested in...

lokesh1994 - January 28, 2020 0
​Cardiff City have filed a lawsuit against Ligue 1 side FC Nantes in relation to the death of Emiliano Sala last year - suggesting some...

lokesh1994 - January 28, 2020 0
Layvin Kurzawa's proposed move to Juventus from Paris Saint-Germain appears to be off, opening the door for Arsenal to resume talks. The Old Lady have...

Priyanka Chopra, Sophie Turner are vacationing in Miami with their dogs,...