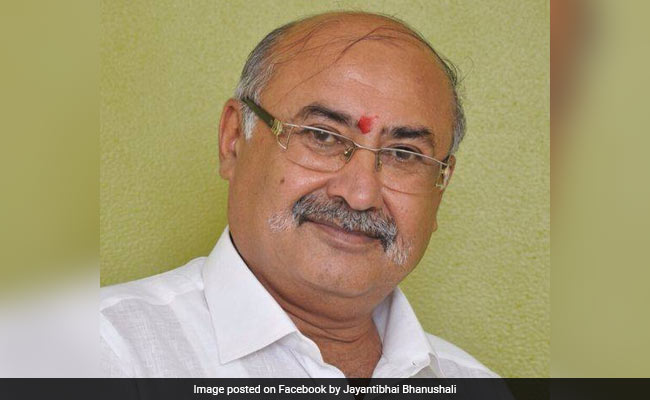 Former BJP lawmaker Jayanti Bhanushali was shot dead on a train early on Tuesday. He was travelling to Bhuj from Ahmedabad when unidentified attackers barged into his coach and shot him. He died on the spot.

The attack on the former legislator, who represented Abdasa assembly constituency between 2007 and 2012, took place when the train had reached between the Kataria and Surjaabari stations. He was shot in the eye and chest.

After the incident, the train was brought to the Kalupur station in Ahmedabad, where the coach was separated from the rest. The railway police and the personnel of the forensic science laboratory reached the spot. They have the investigation.

A case of rape had been registered against the former lawmaker last year. He had to step down as the BJP’s state vice-president. He had denied the allegation.