​Former Liverpool midfielder Charlie Adam has declared that current Anfield star and fellow Scotsman Andy Robertson has been the best left back in the Premier League and Champions League this season.

The 24-year-old has played in 19 of Liverpool’s 21 league matches this campaign, as the Reds sit four points clear at the top of the table. Robertson has attained cult hero status during his time on Merseyside and Adam believes that will only continue if ​Liverpool go on to win the league.

“If Liverpool won the league, he’d be a cult hero,” Adam said on BBC 5 Live Sport, as reported by the ​Daily Star. “The players love him, the fans love him – Liverpool have always had a tradition of Scottish players and the one thing they always love about them is how hard they work.

“But don’t forget he’s also a quality player. His assists, the link-up play he has with Mane is fantastic. Although it took him three or four months to get the opportunity, he hasn’t been out of the team since. Jurgen [Klopp] had him on the sidelines, but he did well in training, got his chance and has never looked back.” 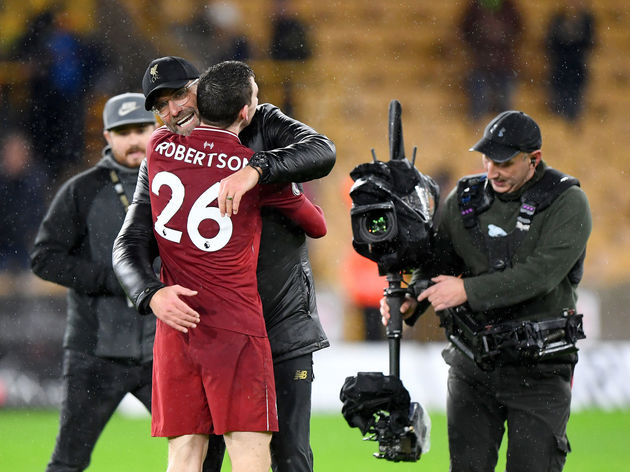 “No disrespect to Queen’s Park but Andy knows where the low point is, part-time, working on matchdays at Hampden – to get to where he is now is incredible. “

Robertson’s rise has been nothing short of meteoric in the last few years. He was playing in the third tier of Scottish football in 2013 before securing a move to Hull two years later.

Now Robertson is the first choice left back for a Liverpool team challenging for honours at home and abroad – in addition to being captain of his national team.

4 Positions Norwich City Need to Strengthen to Beat the Drop...