Netherlands international midfielder Frenkie de Jong has chosen Barcelona as his next destination after a protracted transfer saga, with will officials from the Catalonian club flying to Amsterdam on Wednesday to finalise the move.

The Ajax superstar has been one of the most talked about players in the build-up to the mid-season window, having also been linked the likes of Manchester City and Paris Saint-Germain. 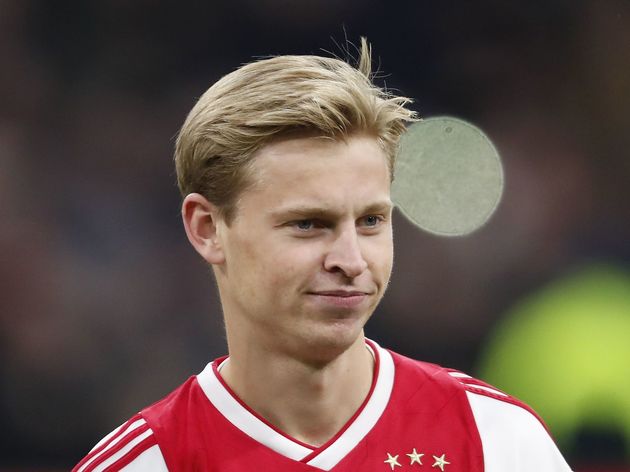 However, Catalunya Radio broke news on Tuesday night that de Jong has decided to join Barcelona this month over other European giants. A delegation from the Spanish champions is scheduled to travel to the Netherlands on Wednesday to iron out any remaining details for the move to Camp Nou.

It’s claimed that de Jong’s agent has already contacted other clubs, including Paris Saint-Germain, to inform them of the player’s plans to commit his future to Barcelona.

Ajax’s CEO Edwin Van Der Sar previously claimed that the club wouldn’t sell any of their star players during the January transfer window, but the reported £79m transfer fee – making him the most expensive Dutch player ever – appears to have swayed the Eredivisie title challengers.

The Express adds that Barcelona will offer de Jong a £14m a year wage packet to join the club, split up between a basic salary of £8.77m and the rest tied up in bonuses which depend on the club’s success that season.

The deal could be completed as early as Wednesday and an announcement is expected at some point this week. De Jong has made 16 league appearances for Ajax this season, scoring four goals and helping de Godenzonen to within two points of the top of the league table.