​Fulham are reportedly lining up a January transfer window swoop for Liverpool striker Divock Origi, with the Belgium international believed to be valued at around £15m.

The 23-year-old has been used sparingly by Reds manager Jürgen Klopp this season, with his most important contribution a last-gasp Merseyside derby winner against Everton. With Roberto Firmino and Daniel Sturridge ahead of him in the pecking order, it looks increasingly likely that the forward will leave Anfield this month, as he looks for more regular first team football. According to the Mirror, ​Fulham boss Claudio Ranieri has been promised funds by the club’s board to strengthen his squad in the current transfer window, and the former ​Leicester City boss will look to step up his efforts to sign ​Origi next week. The striker featured heavily for the ​Reds in the 2016/17 season, but has struggled for first team action in recent times.

With ​Aleksandar Mitrović scoring eight league goals this season, the Cottagers already appear to have a formidable threat upfront. However, beyond the powerful Serbian, Fulham have little in the way of backup options, and Origi could offer some real competition for Mitrović as well as providing a strong option for rotation. 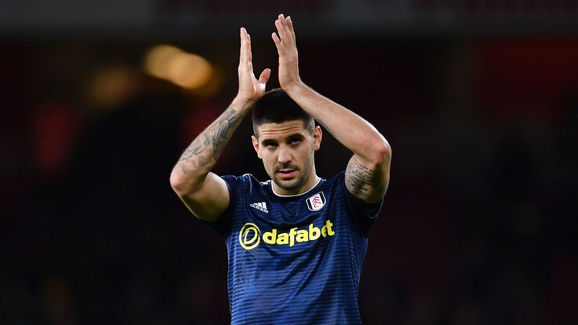 This being said, Origi is unlikely to give up a place on Liverpool’s bench – where he could well become a ​Premier League champion in May – for the bench of relegation candidates Fulham. The former Lille forward will need to be convinced that he’ll get significantly more playing time at Craven Cottage than Anfield, if a January switch to west London is to be agreed.

In other news, the Cottagers are believed to be​ leading the race to sign Chelsea captain Gary Cahill on loan until the end of the season. The England international has played just 21 minutes of Premier League football so far this season, and is likely to leave the club this month ahead of a permanent move away at the end of the current campaign.

Arsenal Signings: Assessing the Gunners' Transfer Targets (and How Unlikely They...

The most innovative marriage proposal!