Fulham are reported to have turned down a monstrous offer for striker Aleksandar Mitrovic from Chinese Super League club Guangzhou Evergrande as the Cottagers desperately attempt to survive in the Premier League and avoid immediate relegation back to the Championship.

Having fired Fulham to promotion while on loan last season, Mitrovic has scored eight times in the Premier League so far in 2018/19, nearly half of the team’s tally and more than Arsenal’s Alexandre Lacazette, Leicester’s Jamie Vardy and West Ham’s Marko Arnautovic. According to The Sun, Fulham have rejected a £50m offer from Guangzhou, in what appears to be a fresh wave of Chinese interest in Premier League players – Mousa Dembele is expected to join Beijing Guoan, while Marko Arnautovic has been the subject of a failed £35m bid.

It appears that Guangzhou, home of Ricardo Goulart and former Barcelona and Tottenham midfielder Paulinho, are looking to strengthen ahead of the 2019 Chinese season.

Managed by 2006 World Cup winning captain Fabio Cannavaro, the two-time AFC Champions League winners only finished second in the final CSL standings last year after taking the title in each of the previous seven seasons, finally breaking their long run of dominance.

Despite saving Fulham by scoring a stoppage time winning goal in the recent Premier League victory over relegation rivals Huddersfield, Mitrovic had a late penalty saved as the team crashed out of the FA Cup at the hands of League Two side Oldham last weekend. 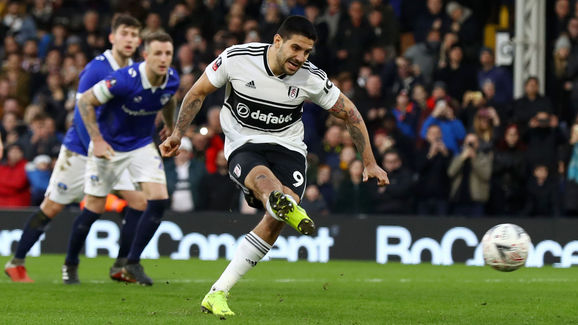 That may actually prove to be a blessing in disguise as the season progresses, with no distractions as Fulham now put their all into staying in the Premier League, something they clearly value higher than the £50m that selling Mitrovic would bring.

Andrea Barzagli Announces He Will Retire at the End of the...