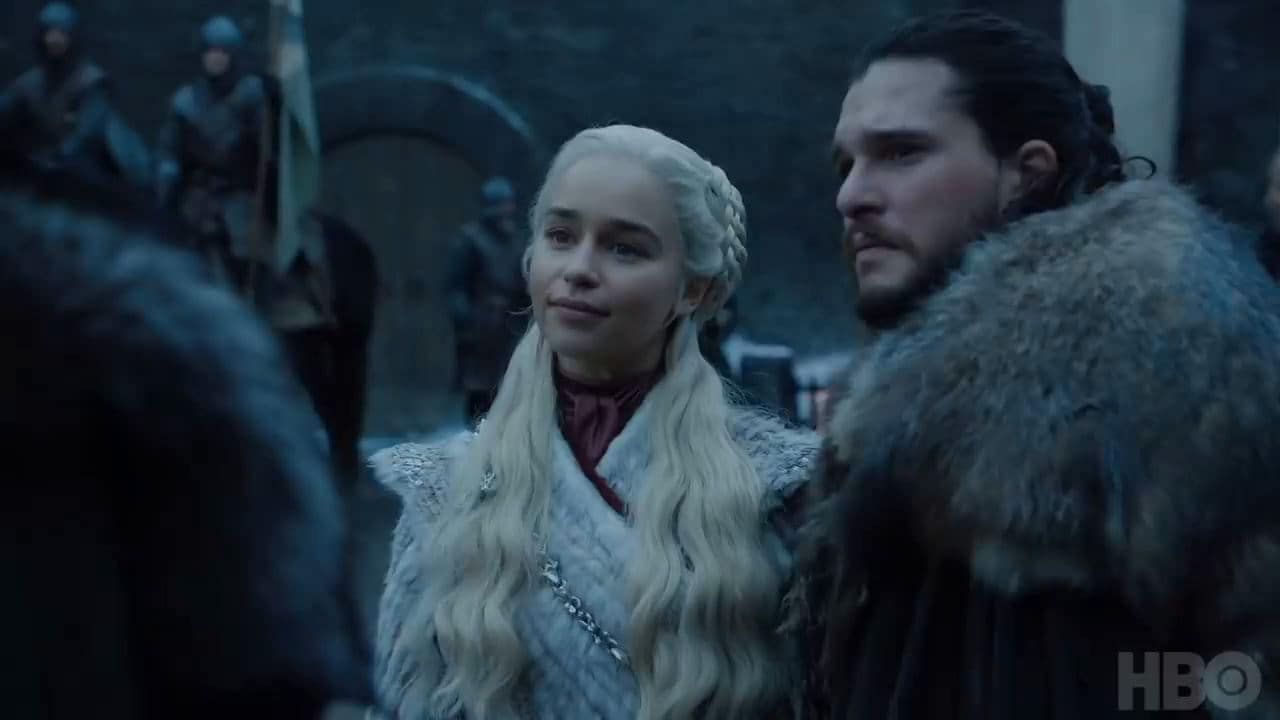 HBO has released the first look at Game of Thrones season 8: a scene from Winterfell that involves Sansa Stark (Sophie Turner) meeting Daenerys Targaryen (Emilia Clarke) for the first time, with Jon Snow (Kit Harrington) by her side. “Winterfell is yours, Your Grace,” the eldest surviving Stark says to the Mother of Dragons in the four-second clip — it comes as part of HBO’s look at upcoming series in 2019 — which is most likely from the opening episode of Game of Thrones’ final season.

Major spoilers ahead for all seven seasons of Game of Thrones.

Sansa has known about Jon’s support of Daenerys’ claim as the Queen of the Seven Kingdoms since last season, but it’s unclear if her sibling Bran (Isaac Hempstead Wright) — now known as the Three-Eyed Raven — has told her about Jon’s true parentage and his own stronger claim to the throne. Bran discussed Rhaegar Targaryean and Lyanna Stark’s marriage, and Jon’s birth name — Aegon Targaryen — with Samwell Tarly (John Bradley) in season 7, but Sansa’s greeting seems to suggest the news has not yet spread beyond them.

That reveal, among many other highly-awaited moments, will be a part of Game of Thrones’ eighth and final season, which will have a shortened run of just six episodes, beginning sometime in April 2019. The show’s immense popularity and success has prompted HBO to put five spin-off prequels in development, with one of them — tentatively known as “The Long Night” — from the mind of Jane Goldman (Kingsman: The Secret Service), set some 5,000 years before these events, in an advanced stage, with Naomi Watts attached to star.

Alongside the new footage for Game of Thrones, the other series shown in the HBO 2019 trailer include True Detective starring Mahershala Ali, Watchmen from The Leftovers’ Damon Lindelof, Euphoria starring Zendaya (Spider-Man: Homecoming), Big Little Lies season 2 with Meryl Streep, the final season of Julia Louis-Dreyfus’ Veep, the second seasons of Barry and Succession, the miniseries Chernobyl and Catherine the Great, and the third season of Divorce.

The right way to Mute Voice Chat and Mic in PUBG...