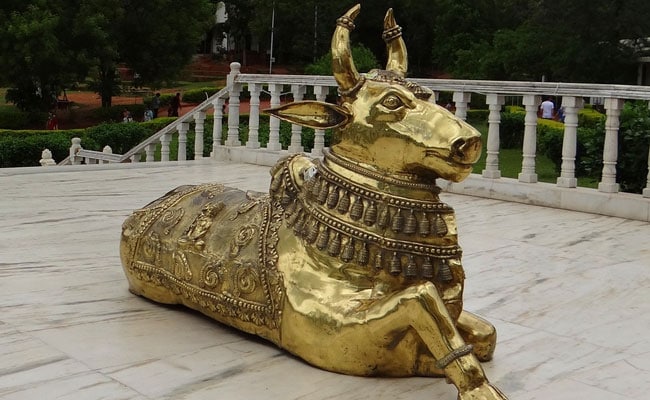 Fifteen people were arrested on Saturday in connection to the recent theft of a 1000-kg ”Nandi” idol from an ancient Shiva temple in East Godavari district in Andhra Pradesh, police said.

A special police team arrested the 15 after investigations into the theft of the granite idol from the 400-year old Agastheswara Swamy temple in Ramachandrapuram on the night of January 24.

The culprits had stolen the granite idol believing rumours that diamonds were in it.

They had taken the idol to the banks of a canal in the district and dismantled it, but found no precious stones.

It was suspected that more people were involved in the theft, Circle Inspector Siva Ganesh said.

“We formed teams and launched a through inquiry. We collected information from locals and obtained clues that led to the arrest of the 15 people,” he said.

Temple officials, who lodged the complaint with police, had suspected involvement of a large number of people in the crime, saying it could not have been moved by a few.

The temple did not have a closed circuit TV system, police said adding further investigation was on to find out how the gang had carried away the idol.