Gareth Bale has revealed that he is yet to speak to former Real Madrid manager Zinedine Zidane since his stunning performance against Liverpool in the Champions League final. 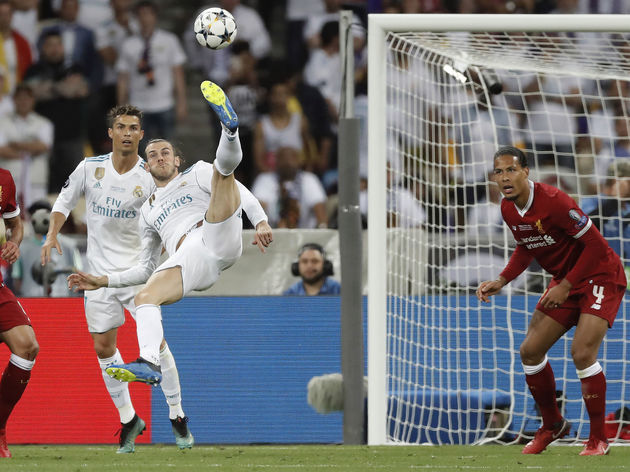 ​Bale’s acrobatic strike drew comparisons to Zidane’s own volley against Bayer Leverkusen in the 2002 final, but the 29-year-old revealed that the pair have had no communication since the Frenchman’s departure from the Santiago Bernabeu.

Speaking to ​FourFourTwo, Bale admitted: “He didn’t talk to me about it – I still haven’t spoken to him since. Our relationship was good. I wouldn’t say we were best mates, it was just a normal professional relationship.”

Despite struggling with injuries last campaign, Bale confessed that he was disappointed at not being given the opportunity to start for ​Madrid in Kiev.

He added: “I was really frustrated not to start. I’d played pretty well since coming back from the last little niggle I’d had in December. I scored five goals in my last four league games of the season and felt like I deserved to be involved from the start.

“I was desperate to get onto that pitch. When I ran on I was still a bit angry, and that’s probably why I did what I did next.

“I’ve watched the goal back a couple of times. I didn’t feel like I had a point to prove – I wanted to do it for myself and the team. If you play in any final you want to be going home with the trophy, no matter what it takes.

“If it meant waiting to come on for the last 30 minutes, so be it.”

Barcelona to Reignite Victor Lindelof Interest Should They Miss Out on...