Gennaro Gattuso is considering his Milan future after he was unable to guide I Rossoneri into the top four of Serie A on the final day of the season.

Milan came through as 3-2 winners against SPAL, but wins for both Inter and Atalanta condemned Gattuso’s men to a fifth place finish in the league, meaning they will miss out on Champions League football for another season. 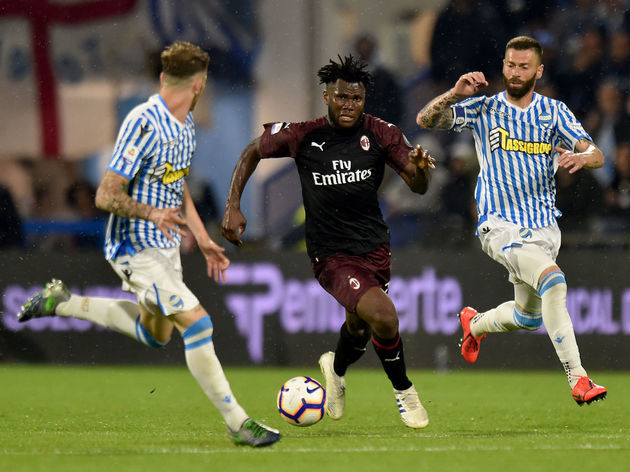 Speaking about what lies next for himself and ​Milan, Gattuso suggested that he will have to think long and hard before making any long-term commitments to the club.

“I thank the team. Finishing on 68 points gives me pride, even if it hurts that we didn’t qualify for the Champions League,” Gattuso told DAZN (via ​Goal).

“A coach’s work must be evaluated by the club and the experts. I will meet the club and we’ll talk. I want to hear what they think of my work.

“I feel I have too much history with this club, I felt more pressure than I probably should have. I’ve barely slept in the past 18 months, mentally I’m in pieces and that is something I must consider.”

While Gattuso was happy to express his pride in his players, he was also quick to point out that one or two didn’t perform to their potential in 2018/19 – a factor which contributed to their agonising fifth place finish.

“The biggest regret is that we didn’t keep up the same levels of consistency over the past 3-4 months. We went through too many bad periods.

“I don’t agree when I hear people say that my players have grown. Many of them have played well below the levels of their capability, but we’re still a team who have quality and potential. I don’t know if we can improve on the 68 points we’ve earned this season. It’ll be difficult.”

Hair loss in newborns: How common is it?

Pope says got stuck in Vatican lift, freed by firemen