Barcelona kicked off 2019 with a hard-fought 2-1 win over Getafe on Sunday evening thanks to goals from Lionel Messi and Luis Suarez.

Barcelona rode their luck during the opening exchanges, benefiting from a disallowed goal for Getafe, but they were able to break the deadlock after 20 minutes through Messi. The diminutive Argentinean saw his initial effort partially blocked by David Soria, but he was able to sneak the ball in with a follow up effort from a tight angle. 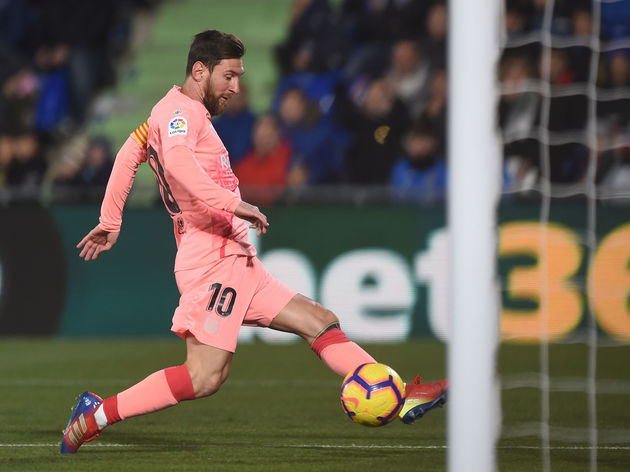 The Blaugrana dictated the game thereafter and doubled their lead towards the end of the half through Suarez. After the Getafe defence cleared the ball away from a long-range free kick, the ball dropped to Suarez who rifled in a stunning volley.

Getafe weren’t to be deterred and they found a response soon after. Angel Rodriguez latched onto a cross-field pass and squared the ball across the goal to Jaime Mata, who tapped the ball home from close range. 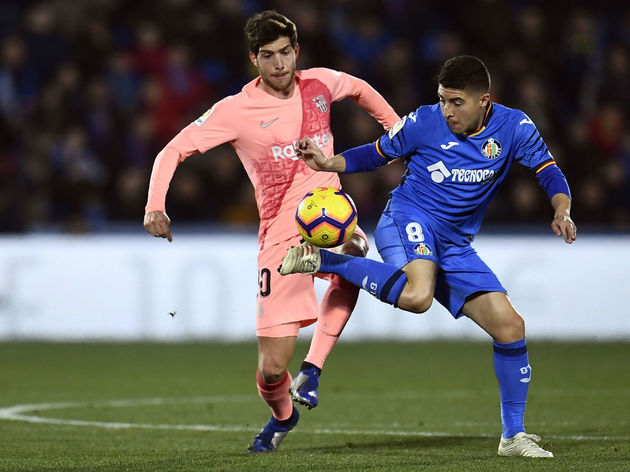 The second-half had a tense feel to it and Getafe should have drawn level after 65 minutes. Mata found himself through on goal and, after evading Ter-Stegen, his shot sailed well over the open goal.

That kicked some life into Barca and Messi came close to adding a third on a few occasions, only to be denied by some impressive goalkeeping by Soria. As such, the game finished 2-1, with Barcelona stretching their lead at the top of the La Liga table to five points.

​Barcelona find themselves in an enviable position at the top of the table, but they came into this one knowing that anything other than a win would open up an opportunity for their title rivals ​Atletico and Sevilla. It was by no means an incredible showing, but they got the job done in very difficult circumstances. Getafe’s high-intensity and combative style of football has caused plenty of teams issues in the past and Barca were able to match it with some stylish football in the final third.

They did ride their luck, with Mata’s missed opportunity being the most notable moment of the second-half, but they were deserving of the three points at the end of the day.

Even by ​Messi’s lofty standards, this was an absolutely superb performance. He was virtually everywhere for Barca and, if it wasn’t for some inspired goalkeeping from Soria, he could have ended the night with at least a brace.

He comfortably leads the way when it comes to the race for the La Liga golden boot, having scored 16 goals this campaign, and that’s not forgetting the fact he missed a fair portion of the season when he broke his arm. This may just be one of his greatest seasons, and that is truly saying something.

FC Barcelona forward Lionel Messi scored in the 20th minute against Getafe. That goal is his 399th career LaLiga goal. He is one goal away from becoming the first player to score 400 goals in LaLiga history. pic.twitter.com/lbhPYmFnj1

No player really stood out in a negative sense for Barca, but Clement Lenglet was rather slow to react for Getafe’s goal and he did have one or two shaky moments with the ball at his feet in the second half.

Barcelona are next in action on Thursday evening when they travel to face Levante in the Copa Del Rey. Following that, Ernesto Valverde’s side host Eibar in La Liga next Sunday.

Ryan Fraser Reveals Arsenal Transfer Rumours as Cause for His Poor...