Honours are even after the first leg of Atletico Madrid’s last 16 Copa del Rey tie with Girona, as Los Rojiblancos were held by a spirited homes side at the Estadi Montilivi.

Antoine Griezmann opened the scoring after nine minutes, before Alexander Lozano restored the parity 25 minutes later with a speculative effort.

There was a touch, well a finger tip of fortune to Griezmann’s goal, as goalkeeper Gorka Iraizoz nudged his well-taken effort on to the bar, where it bounced off onto his foot, and into the net. And it was another goalkeeping mishap that got the Blanquivermell back into the game, after Antonio Adan failed to deal with a cushioned half-volley from Alexander Lozano, only pushing it upwards into his own net.

The second half was laden with chances at either end, with big ones for Nikola Kalinic and substitute Thomas Partey, but in the end neither could break the deadlock, which will be settled next week at the Wanda Metropolitano.

With Diego Simeone confined to a glass box in the stands, ​​Atletico​ lacked the sharpness and intensity that the Argentine so often provides from the touchline. 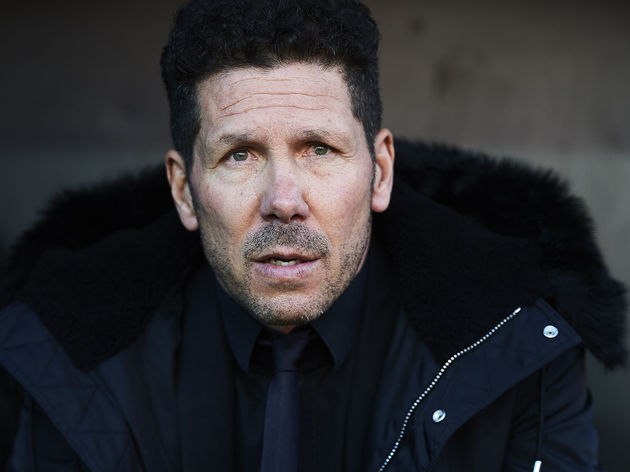 Though Griezmann’s goal was a well constructed one, there was little else creativity on show from the team, and when there was, even less efficiency. And it wasn’t much better at the other end, truth be told, with a number of guilt-edged opportunities presented to Girona by a disjointed rearguard.

Though they’ll be disappointed with the performance and the result, it could’ve easily been worse.

4 – Diego Simeone has played more competitive games without a win against Girona than versus any other side as Atletico de Madrid manager (D4). Obstacle pic.twitter.com/veYnyKnGdJ

STAR MAN – He was only on the field for 59 minutes, but Antoine Griezmann showed why his team are so reliant on him. It’s not even that he was that good – he wasn’t really – he just knows where the goal is, and how to get the ball in it, which is more than can be said for any of the other Atleti forwards on the night.

WORST PLAYER – Nikola Kalinic. Sure, there were plenty of nominees from their bedraggled back four, but no one cut quite as frustrated a figure as this man.

After scoring two goals in his last three ​La Liga games before Christmas, fans may have been expecting a similarly effective player. But they certainly didn’t get it. It wasn’t for the want of trying, but the Croatian never looked like scoring, even when he really, really should have.

Diego Simeone’s side will host Levante this Sunday at the Wanda Metropolitano, before welcoming tonight’s opposition to the same stadium on Wednesday night for the second leg.

Rules of following a low-carb diet