The original Google Chromecast was introduced in 2013 and was an inexpensive and convenient way to stream content to your TV. The Chromecast 2 followed in 2015 and enjoyed a rather long shelf life. Google has now introduced the third generation Chromecast, which brings with it incremental updates in the form of a slightly refreshed design and 15 percent faster performance.

The Google Chromecast 3 is priced at Rs. 3,499 and is available via Flipkart in India. The petite retail box contains the Chromecast itself, a 5W power adapter, a long Micro-USB cable, and the usual documentation.

Just like the Chromecast 2, this new device sports a hockey-puck-like design with an HDMI cable sticking out from one end. It has a matte finish, which looks sleek, and attracts less dust and scratches than its glossy predecessor. There are two colour variants on offer internationally, Chalk White and Charcoal Black, but only the latter is available in India as of now.

The HDMI plug no longer magnetically attaches to the back of the device, which is a design regression in our opinion, as the Chromecast now dangles helplessly from whatever it’s plugged into. There’s a button right next to the Micro-USB port that can be used to reset the device. 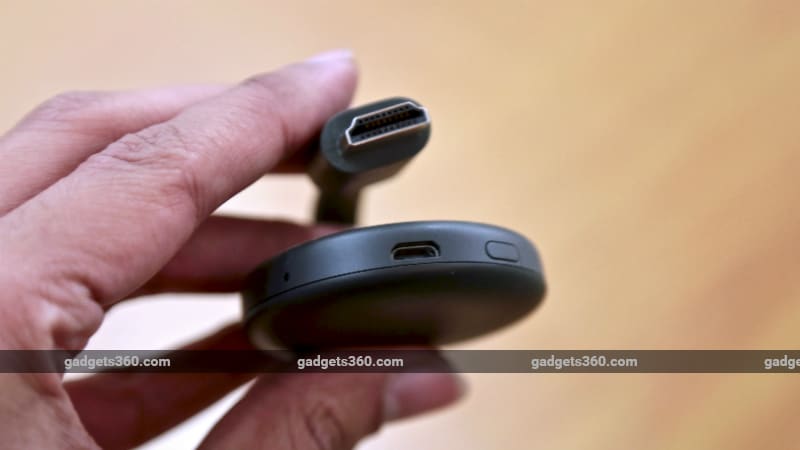 Setting up the Chromecast 3 is as simple as connecting the device to your television, downloading the Google Home app from the Play Store or App Store, and following the on-screen instructions.

The Google Chromecast is still completely dependent on other devices, and lacks a dedicated user interface. There’s no UI or remote, which can be quite inconvenient at times, for example when you receive a voice call in the middle of binging videos that are beings streamed from your smartphone. It is also a hassle to constantly wake your phone to get to the playback controls on the lock screen.

The Google Home app has had a recent redesign and is quite easy to use. It lets you change various Chromecast settings and highlights trending content from compatible apps on your phone. At the moment, the Chromecast 3 supports more than 800 apps including Hotstar, SonyLIV, Voot, Netflix, Gaana, and Jio Cinema. Google’s own apps such as YouTube, Google Photos, Google Play Movies, and Google Play Music are of course also compatible.

Using the Chromecast is quite straightforward. All you have to do is tap the Cast icon in any compatible app, and you are good to go. Google claims a 15 percent performance improvement vis-a-vis the Chromecast 2. There is definitely less delay in terms of hitting the Cast button and having the content actually start playing on your television, but it still is far from instantaneous. Of course, this depends greatly on the speed of your broadband connection.

Android users can also mirror their smartphone’s screen to the TV. Just launch the Google Home app and tap the ‘Cast Screen’ button, and the Chromecast will mirror your entire screen onto the TV. Sadly, the experience is less than ideal, with occasional frame-rate drops and judders. iPhone/ iPad users are out of luck as iOS does not support screen mirroring. There are a few workarounds, but they are far from convenient. 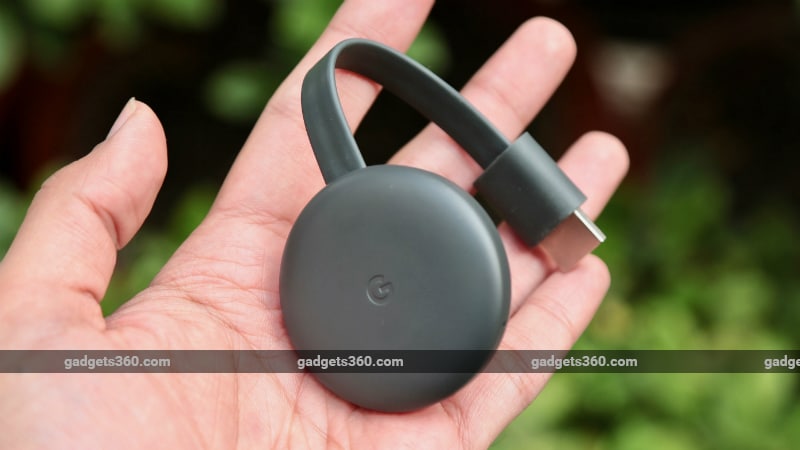 Earlier, this method could be used to cast content from Amazon Prime Video, which is not officially supported by the Chromecast. Now Amazon has disabled this feature. The app is successfully mirrored on the television but only the audio comes through when a video is played. The actual video is replaced with a black screen. If you are a keen user of Amazon’s video streaming service, you should definitely look at using the Fire TV Stick instead. However, the Fire TV Stick does not support YouTube, so you will have to decide which service is more important to you.

Playing games on the big screen is also a less-than-stellar experience, as there is a perceptible delay between tapping your phone’s screen and seeing the result on your big screen. This is most pronounced in games that have fast-moving visuals, such as Asphalt 9: Legends and PUBG.

In a similar vein, you can cast the contents of any website from your PC/ Mac by installing the Chromecast extension for Google Chrome. On supported websites such as YouTube, this plays the video directly on your TV. For others, the entire webpage is mirrored. You still need a smartphone running the Google Home app to set up the Chromecast, though.

The third-generation Chromecast introduces support for 60fps video streaming at 1080p. Previously, only 30fps at 1080p was supported, and 60fps was limited to 720p. If you’ve just bought a brand-new 4K smart TV, you will have to look beyond Google for your streaming needs as the 4K-enabled Chromecast Ultra has not been refreshed along with the standard version .

As expected, the new Chromecast plays well with other Google services. You can control the device using your voice (for example, ask it to play Narcos on Netflix) via Google Assistant on your smartphone or if you have a Google Home device. We tested this feature with the Google Home Mini and it worked seamlessly.

Verdict
This new Chromecast is definitely an incremental update — video quality is still limited to 1080p, and the performance improvements are quite minor. It is sleeker and faster than the Chromecast 2, but does not improve upon its design in any significant way. Google has not made a big deal about the Chromecast 3, and it’s easy to see why. The company’s barebones approach to a streaming device feels a bit behind-the-times in 2018.

Those heavily invested in Google’s ecosystem will be well served by the Chromecast 3, which is available via Flipkart in India. Others should stick to Amazon’s Fire TV Stick, which is priced at just a few hundred rupees more. The Fire TV Stick can stream content without being tethered to a smartphone, has a user-friendly interface, and comes with a nifty voice remote.

YouTube to Develop Its Own Interactive Shows and Live Specials, After...

Are Jio Fiber Plans Revolutionary or Just the Same as Airtel...