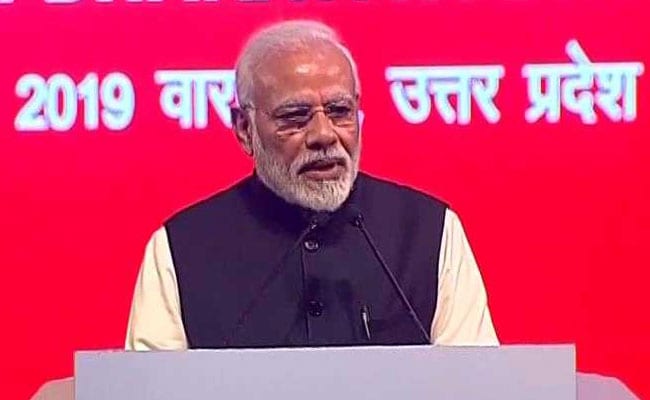 “Our embassies and consulates are being connected to the Passport Seva Project worldwide,” he said addressing the inaugural ceremony of Pravasi Bharatiya Divas (PBD) 2019 in Varanasi.

“This will prepare a centralized system connected to the passport service for all of you,” he added. “Going one step ahead, work is on for issuing of the chip-based e-passport.”

He also said that work was on to simplify the process of issuing visas to PIO (Person of Indian Origin) and OCI (Overseas Citizen of India) cards.

The government’s endeavour was to see to it that Indians were happy and safe wherever they live abroad, he said.

“In the last four-and-a-half years, more than two lakh Indians stranded in crisis situations abroad have been helped by the government and its efforts,” he said.

PM Modi’s Mauritius counterpart Pravind Jugnauth, the chief guest at the event, commended India’s efforts in reaching out to the diaspora.

Organised by the External Affairs Ministry and the Uttar Pradesh government, the Indian diaspora conclave this year has over 5,000 delegates registered.