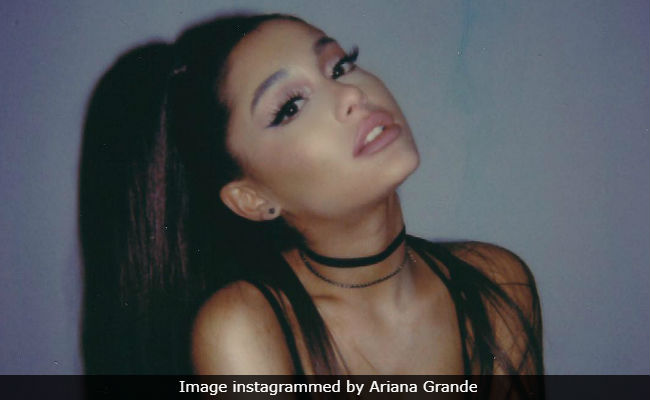 Reigning pop princess Ariana Grande took home the first Grammy of her career for Best Pop Vocal Album on Sunday for her fourth studio album Sweetener, topping a tough field including perennial favorite Taylor Swift. Ariana Grande’s Grammy comes after six career nominations but the star was notably absent from this year’s gala. Just days before the event, she slammed the ceremony’s producer for “lying” about her decision not to perform on music’s biggest night.

The chart-topper released her fifth album Thank U, Next before lashing out at producer Ken Ehrlich after he told US media the 25-year-old Ariana Grande “felt it was too late for her to pull something together.”

“I know I’m not there tonight (trust, I tried and still truly wished it had worked out tbh) and I know I said I try not to put too much weight into these things…. but (…) this is wild and beautiful. Thank you so much,” she tweeted.

Ariana Grande had great success in the last 12 months, with Billboard naming her its 2018 Woman of the Year.

But she was passed over in the top Grammy categories of Album, Record and Song of the Year — though her smash hit Thank U, Next, the title song off her new album, dropped after this year’s nomination deadline.

Sweetener includes her signature blend of pop and R&B with inflections of hip-hop, all set to the star’s wide-ranging, silky-yet-breathy vocals.

It features appearances from Pharrell Williams, Nicki Minaj and Missy Elliott, and debuted atop the US Billboard 200 chart while boasting three top singles.

Ariana Grande makes headlines as much for her chart-topping music as her love life, having dated the late rapper Mac Miller and shortly thereafter getting engaged to Saturday Night Live comedian Pete Davidson.

Ariana Grande and Pete Davidson split in October 2018, just before she released Thank U, Next – in which she reflects on lessons learned from past loves.

She was also nominated this year for Best Pop Solo Performance for God Is A Woman, but lost out to Lady Gaga, who won for her song Joanne (Where Do You Think You’re Going?) .