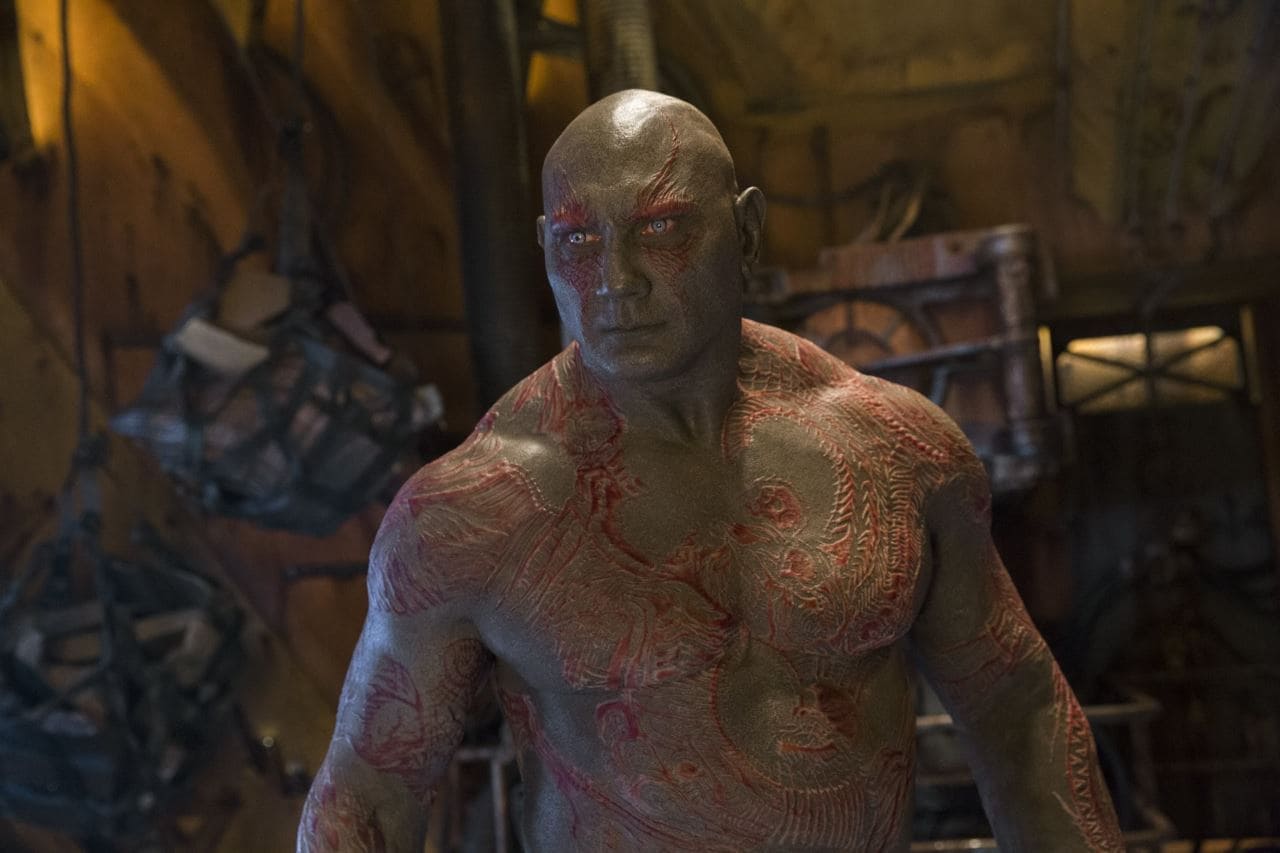 Dave Bautista is reportedly the newest addition to the cast of director Denis Villeneuve’s adaptation of Frank Herbert’s 1965 epic sci-fi novel Dune, joining the likes of Timothée Chalamet (Call Me by Your Name) and Rebecca Ferguson (Mission: Impossible – Fallout). Bautista is best known for playing Drax the Destroyer in the Guardians of the Galaxy film series, a role he reprised in last year’s Avengers: Infinity War. He previously worked with Villeneuve in Blade Runner 2049, alongside Ryan Gosling.

Deadline brings word of the new development, noting that Bautista’s role in the Dune reboot is being “kept under wraps”. If he does land the role, Bautista could be looking at another franchise, given Legendary Pictures, the studio that acquired film and TV rights to Herbert’s novels — Frank wrote six, while his son Brian has co-authored another 13 since — in 2016, is interested in turning Dune into a series of films. Villeneuve seems like a solid pick to launch a new sci-fi franchise, given his work with Blade Runner 2049 and the Amy Adams-starrer Arrival.

For what it’s worth, the roles of his co-stars Chalamet and Ferguson are already known. Chalamet will play the protagonist, Paul Atreides, the young man part of a noble family that controls the desert planet Arrakis, which is highly coveted for being the only source of a drug called melange — usually known as “the spice” in the books — the most valuable substance in Dune’s universe. Ferguson, who’s only 12 years older than Chalamet, has been tapped to play Atreides’ mother Lady Jessica.

In addition to play Drax in the Marvel Cinematic Universe, the wrestler-turned-actor Bautista has starred in the 2015 James Bond film Spectre, the 2015 crime thriller Heist, the 2017 action film Bushwick, and the 2018 action drama Hotel Artemis. He will be next seen in Avengers: Endgame, which releases in April 2019, though his character was one of those that got dusted due to Thanos’ actions.