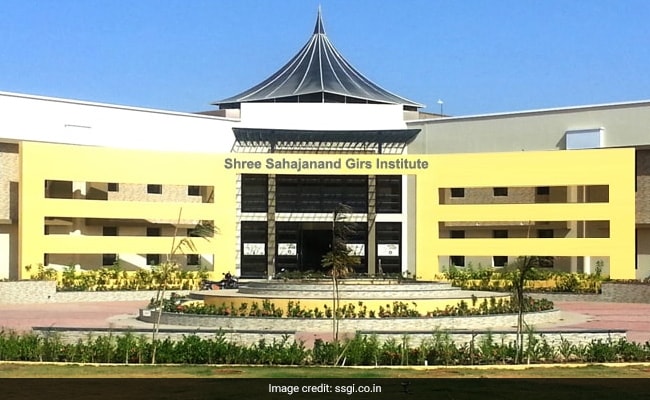 Darshana Dholakia, Dean of the college, said a probe has been launched into the incident.

Dozens of girl students of a Gujarat college affiliated to a religious sect have alleged that last week they were forced to strip by the administration to check if they were menstruating. The action was taken to uphold the college rule that bars students from the hostel when they have their period, news agency AFP reported. The National Commission for Women has taken note of the incident, and said it will send a probe team to the college, situated in Gujarat’s Bhuj district.

The college, Shree Sahajanand Girls Institute, is run by the Swaminarayan sect, which manages lavish temples around the world. College authorities reportedly lined up 68 students in the washroom and ordered them to undress one by one, news agency AFP reported, quoting a student.

The exercise to check if the students were menstruating was conducted after a used sanitary pad was found in the compound, the agency reported.

The students have launched a protest demanding legal action against the college.

“We do respect our institution, but what they did was not right. Legal action should be taken against them. We decided to call the media to throw light on the matter,” one of the students was quoted as saying by news agency ANI.

She alleged that the college administration is pressuring them to call off their protest.

“The principal and a few others have called us and tried to emotionally blackmail us. He also told us to give in writing that everything is fine now. We want legal action and not just the apology from the administration,” she said.

The hostel rules say menstruating women students must stay in an isolated basement area and keep away from the kitchen and the place of worship.

College trustee Pravin Pindoria told AFP that students before they took admission in the college were informed about its rules.

“I have called a meeting of the administrative committee which will take action against the responsible persons,” he said.

Darshana Dholakia, Dean of the college, said a probe has been launched into the incident.

“The matter is related to the hostel and it has nothing to do with the university or college. Everything happened with the girls’ permission and nobody was forced. No one touched them. An inquiry team has been constituted to look into the matter,” she told ANI.

Despite the government’s awareness campaigns and popular films made on the subject, menstruation remains a taboo in the country. In some rural areas, women are made to sleep separately during periods and are banned from entering places of worship.

With inputs from Agencies