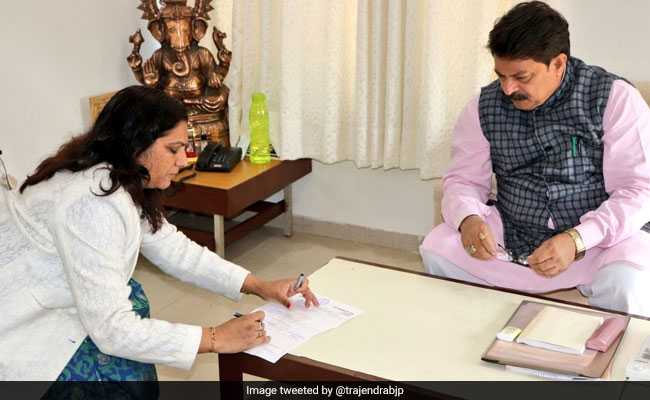 In a jolt to the Congress in Gujarat ahead of the Lok Sabha polls, Congress leader Asha Patel resigned on Saturday, accusing the party of factionalism and divisive politics.

Ms Patel, member of the Legislative Assembly from Unjha in Mehsana district, resigned as legislator and also quit the party.

In her resignation letter to party president Rahul Gandhi, she said, “On one hand Prime Minister Narendra Modi has given 10 per cent quota for Economically Weaker Section, while the Congress is trying to create a rift between different castes here.”

She submitted her resignation as leader to Assembly Speaker Rajendra Trivedi in Gandhinagar Saturday morning. The Speaker accepted the resignation, the sources said.

Unjha is one of the seven Assembly segments within the Mahesana Lok Sabha constituency, currently held by the BJP.

Of the seven Assembly segments, the BJP holds four while the Congress holds three, including Unjha.

Ashaben Patel had won the election in 2017 against Narayan Lalu Patel after the Patel quota agitation roiled the state.

In her letter to Mr Gandhi, she said she had resigned from the party “due to prevalent infighting and because the leadership has been ignoring me”.

Her representations about the state of affairs in Gujarat Congress were not heeded for the last one year, she claimed.

Asked whether she would join the ruling BJP, Ms Patel said she would consult the people of her constituency before taking any decision.

“Till yesterday, she had not made any representation to the party,” Mr Chavda claimed.

Last year, senior Congress legislator Kunvarji Bavaliya switched sides and joined the BJP. He was made a minister in the state cabinet.

In the 2017 assembly elections, the BJP had won 99 seats in the 182-member house while the Congress bagged 77.

With these two exits, the opposition party’s numbers have fallen to 75, while BJP’s tally has increased to 100 after Bavaliya won a by-poll from Jasdan in December.