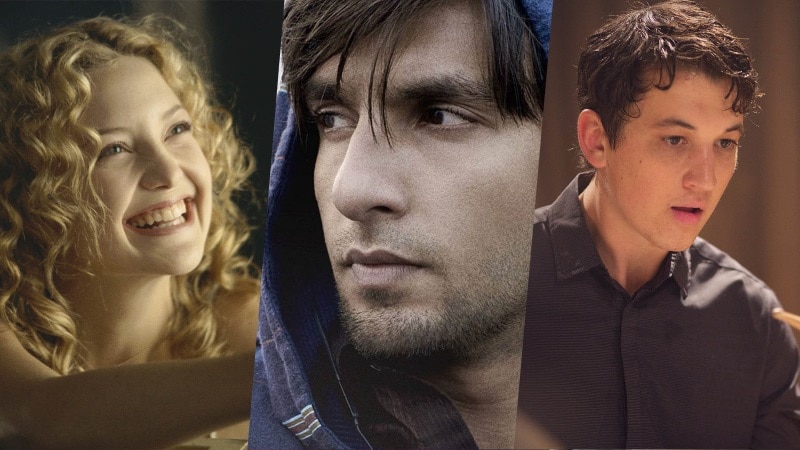 Gully Boy — starring Ranveer Singh and Alia Bhatt, and co-written and directed by Zoya Akhtar — is being heralded as India’s first hip-hop film, having been loosely based on the lives of Mumbai-based rappers Divine and Naezy. Gully Boy has been compared by some to 8 Mile, starring Eminem, which Akhtar acknowledged is an obvious reference for any hip-hop film. With Gully Boy out now in theatres, we decided to look back at the rich history of films — from India and offshore — that revolve around music, be it following rising or falling artists, exploring the medium’s past, or using music as a hook for its narrative. Here are 12 films that do just that.

12 movies to watch before Gully Boy

Bradley Cooper and Lady Gaga star in this latest — fourth, if you’re counting — remake of the 1937 classic tale, of an alcoholic fading star meeting and discovering a future star, that has won several awards for its music and has eight Oscar nominations. Cooper also marks his directorial debut.

Watch A Star Is Born on Google Play, Hooq or iTunes

Based in parts on the lives of Ravi Shankar-Annapurna and Kishore Kumar-Ruma Ghosh, with influences from 1954 remake of A Star Is Born, this Hrishikesh Mukherjee film charts the explosion of a singer couple’s marriage, played by Amitabh Bachchan and then Jaya Bhaduri, as their careers move in opposing directions.

Cameron Crowe turns his teenage experiences as a writer for the magazine Rolling Stone into a semi-autobiographical work, in which a child prodigy (Patrick Fugit) lost his virginity, fell in love with a groupie (Kate Hudson) and met his heroes while covering a rock band on tour.

In 1982, the eponymous Canadian heavy metal band released a heavily influential album that sold millions of records. But it didn’t boost their prospects, as Anvil sunk into obscurity for over two decades. This documentary looks at their lives and incidentally, catapulted them back into the spotlight.

Watch Anvil: The Story of Anvil on Netflix

The directorial debut for Kahaani director Sujoy Ghosh focused on two R.D. Burman fans and copywriters in an advertising agency, played by Sanjay Suri (My Brother… Nikhil) and Rahul Bose (Shaurya), who team up with their boss’ guitarist son (Shayan Munshi) to win a music contest they have lost twice.

Killed by his scheming wife (Simi Garewal), a man is reincarnated as a young singer (Rishi Kapoor), who starts to piece together the mysteries of his past life two decades later — with help from his new lover (Tina Munim) — after a tune activates the memories of his earlier self.

Watch Karz on JioCinema or ZEE5

The Beach Boys co-founder Brian Wilson, played here by Paul Dano and John Cusack as different-aged versions, is the focus of this biopic, with the film alternating between the production of the 1966 album “Pet Sounds” and his struggles with mental illness during the 1980s, while being treated by a controlling therapist (Paul Giamatti).

Before he made Sing Street, writer-director John Carney gave us this wonderful musical story of a thirty-something Irish street performer (Glen Hansard) and a Czech flower seller (Markéta Irglová) who fall in love as they write, rehearse and record songs over a week in Dublin.

Watch Once on iTunes

It may have split critical and audience opinion, but Imtiaz Ali’s heady musical — about the Jim Morrison dreams of a young boy from Delhi, while falling for a girl (Nargis Fakhri) — drew strong work out of Ranbir Kapoor, who stars in the lead, and composer A.R. Rahman.

Kicked out of his band, a struggling and amateur rock singer (Jack Black) slyly becomes a substitute teacher at a prestigious prep school and trains a group of fourth-graders to form a band and win an upcoming competition. Richard Linklater directs.

Watch School of Rock on Netflix

From Logan director James Mangold, this biopic of American singer-songwriter Johnny Cash stars Joaquin Phoenix as the celebrated icon, charting his early life, his romance with fellow singer-songwriter June Carter (Reese Witherspoon), who would become his second wife, and his rise in the country music space.

Watch Walk the Line on Google Play or iTunes

Before he won an Oscar for La La Land, writer-director Damien Chazelle broke onto the Hollywood scene with this jazz drama, following an ambitious young drummer (Miles Teller) who is pushed to his limits and beyond by an abusive instructor (J.K. Simmons).

13 Reasons Why Season 3 Now Streaming on Netflix in India