Harry Kane’s recovery from injury seems to be going well if his Instagram is anything to go by, ​as the striker posted a brief update on Thursday with a video of himself undergoing some physical therapy.

The England captain has been out since mid-January after sustaining an ankle injury in the 1-0 defeat to Manchester United, and isn’t expected to return until mid-March, but looks in good shape if the short clip he shared is anything to go by.

Captioned: “Getting stronger every day. Lots more work to do,” early signs point in the right direction for an on-time recovery.

​Kane‘s injury kicked off a personnel crisis at ​Spurs, as it parallels a hamstring injury to Dele Alli and Son Heung-min’s absence for international duty, with the latter returning for the 2-1 win over Watford during the week.

While the four games without their top scorer has seen a serious dent in their trophy hopes this season, crashing out of both domestic cups within a damaging three-day period, results elsewhere have seen them once again claw themselves back into the ​Premier League title race. 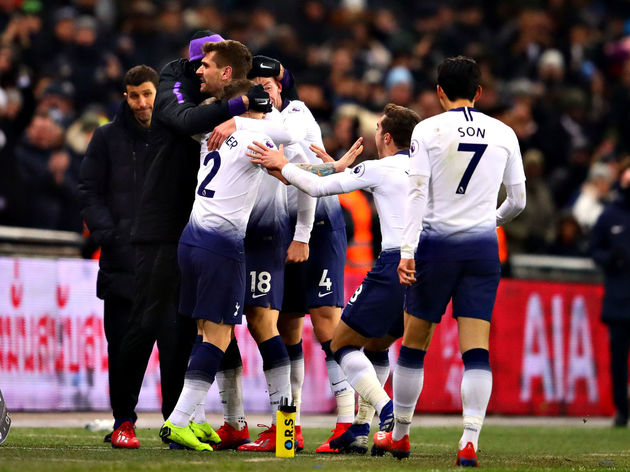 Successive league victories since the defeat to ​Manchester United mean they can overtake second-placed Manchester City with a win over Newcastle in Saturday’s early kick-off, with the defending champions not playing until Sunday, and potentially move to within four points of leaders ​Liverpool.

I am in love with a man twice my age

Harry Kane Insists Club Rivalries Are Put to One Side When...