Passengers in the Delhi-bound Seemanchal Express whose eleven coaches derailed in Bihar this morning say they heard a loud bang, as the bogies jumped from the tracks, before they were thrown off their berths violently. Many of the passengers were sleeping when the coaches derailed minutes before 4 am in Bihar’s Vaishali district, 30 km from Patna. Seven people were killed and 24 were injured.

“I heard a loud bang and fell on the floor of the coach. It was very dark, I couldn’t see anything, felt broken glass everywhere,” a passenger who survived the train accident told NDTV. “I lifted my father on my shoulders and made him crawl out of the broken window,” said the passenger who was going to Prayagraj with his family.

Officials said the coaches separated from the engine before they derailed; three of the coaches overturned completely. Personnel of the National Disaster Response Force (NDRF) had to climb on them and break the hardened glass of the AC coaches and cut through the iron grills of the sleeper coaches to reach trapped passengers.

The injured passengers have been admitted to a nearby hospital. 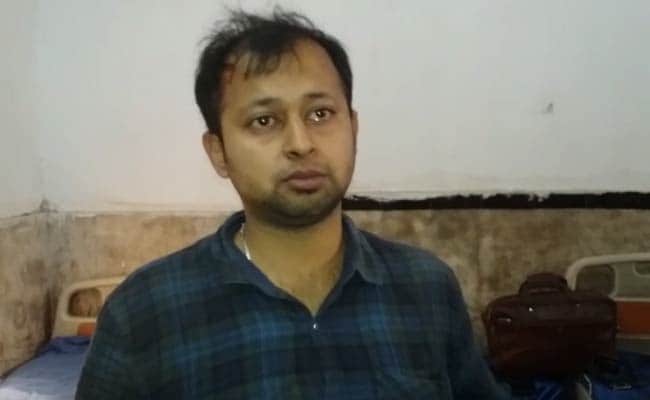 Seemanchal Express: The passenger said he lifted his father on his shoulder and helped him climb out of the coach

The office of Railway Minister Piyush Goyal said the ministry is in touch with the Railway Board members and the authorities of the East Central Railway to find out what led the coaches to derail. The train was reportedly not running in full speed when the accident happened.

We express profound grief over the loss of innocent lives in tragic derailment of 12487 Jogbani-AnandVihar Terminal Seemanchal Exp at Sahadaibuzurg in Bihar. Rescue and relief operations are at full swing. Our GM & DRM, NDRF teams, & officials of local administration are at site

Mr Goyal and Bihar Chief Minister Nitish Kumar gave their condolences over the deaths and wished speedy recovery to those injured.

All passenger trains on this line have been cancelled.