In 2017, Michelle Carter was found guilty of involuntary manslaughter for convincing her boyfriend via text messages to die by suicide. She appealed the decision, but her conviction was upheld Wednesday by the Massachusetts Supreme Judicial Court.

In a ruling written by Justice Scott Kafker, the court stated that “the evidence was sufficient to support the judge’s finding of proof beyond a reasonable doubt that the defendant committed involuntary manslaughter as a youthful offender.”

“By her wanton or reckless conduct, she caused the victim’s death by suicide,” the ruling concluded. “Her conviction of involuntary manslaughter as a youthful offender is not legally or constitutionally infirm.”

Carter’s lawyer, Daniel Marx, said in a statement to The Washington Post that they were considering further legal options, including a possible appeal to the U.S. Supreme Court.

“We are disappointed in the Court’s decision, which adopts a narrative that we do not believe the evidence supports. We continue to believe that Michelle Carter did not cause Conrad Roy’s tragic death, and she should not be held criminally responsible for his choice to end his own life,” Marx said.

Carter, now 22, and the victim, Conrad Roy III, met in 2012, according to court documents. They maintained their relationship via text messages, and frequently discussed mental health issues. Roy had previously attempted suicide, and Carter had planned to seek treatment for an eating disorder.

Initially, Carter urged Roy to seek help, but “as the victim continued researching suicide methods and sharing his findings with the defendant, the defendant helped plan how, where and when he would do so, and downplayed his fears about how his suicide would affect his family,” the court wrote, citing several text exchanges.

“I thought you wanted to do this. The time is right and you’re ready, you just need to do it!” Carter texted Roy in July 2014 as he was having doubts about going through with suicide. They discussed methods, including carbon monoxide poisoning.

On July 13, 2014, Roy’s body was found in a vehicle in a Massachusetts parking lot. He died of carbon monoxide inhalation that was produced “by a gasoline-powered water pump located in the truck,” the ruling said.

In September 2014, Carter texted a friend, writing, “[H]is death is my fault like honestly I could have stopped him I was on the phone with him and he got out of the car because it was working and he got scared and I [expletive] told him to get back in.” 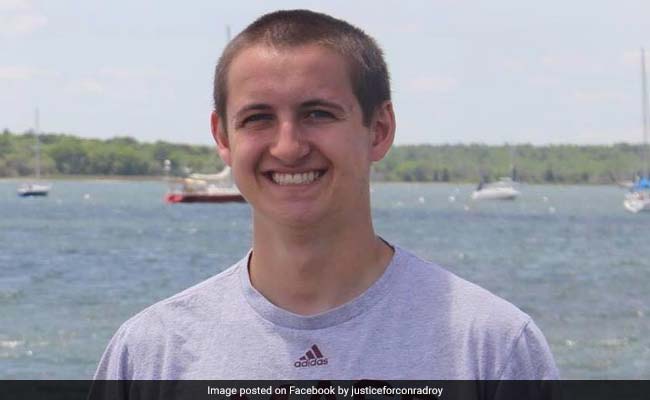 On July 13, 2014, Conrad Roy’s body was found in a vehicle in a Massachusetts parking lot

Three years later, Carter was convicted of involuntary manslaughter in his death, and her case hinged on the text messages she sent him as he contemplated suicide, and that she did not take action to prevent him from carrying out the suicide. She was sentenced by Bristol County Juvenile Court Judge Lawrence Moniz to two and a half years in jail but would be eligible for probation after 15 months and was allowed to remain free as she appealed the decision, CBS News reported.

It was a closely watched case not just for its startling details, but for the legal implications of Carter’s conviction.

After the conviction, Laurie Levenson, a criminal law professor at Loyola Law School in Los Angeles, told The Post that the case sends a strong message that “there are new means of committing old crimes,” and prosecutors will be more likely to look at those cases. She argued that the case did not set legal precedent, but raised the question, “When does bullying cross over into committing a homicide?”

The Massachusetts branch of the American Civil Liberties Union also raised free speech concerns. “Ms. Carter has now been convicted of manslaughter, based on the prosecution’s theory that, as a 17-year-old girl, she literally killed Mr. Roy with her words,” it said in a 2017 statement.

“This conviction exceeds the limits of our criminal laws and violates free speech protections guaranteed by the Massachusetts and U.S. Constitutions. The implications of this conviction go far beyond the tragic circumstances of Mr. Roy’s death. If allowed to stand, Ms. Carter’s conviction could chill important and worthwhile end-of-life discussions between loved ones across the Commonwealth,” ACLU Massachusetts said.

Marx issued similar sentiments on Wednesday, telling The Post that the decision “stretches the law” and has “troubling implications, for free speech, due process, and the exercise of prosecutorial discretion.”

In upholding the conviction Wednesday, the court decided that Carter’s claim that her conduct was protected by the First Amendment, among other defenses, “lack merit.”