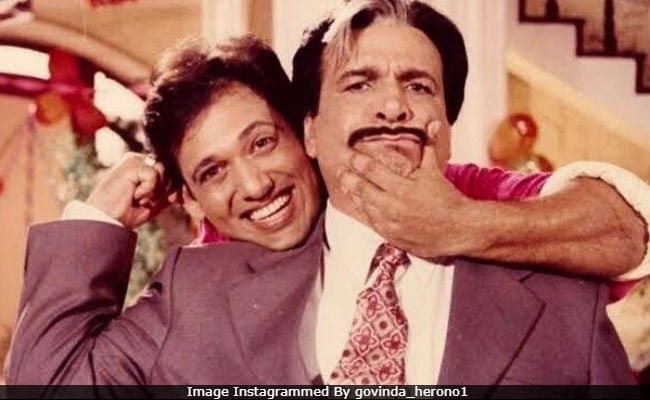 Govinda will not respond to the comments made by late actor Kader Khan’s son Sarfaraz. In an interview to BBC News Hindi earlier this week, Govinda said that he came to know what Sarfaraz said. “Woh bachche hain. Aur mujhe aisa lagta hai ki main uspe comment nahi doonga. He is a kid. Mujhe pata laga who,” Govinda said. After Kader Khan’s death on January 1, Govinda paid his tribute to the late actor and wrote that he was a “father figure” to him. Later, Sarfaraz, who said that the film industry has an “out-of-sight-out-of-mind mentality,” called out Govinda for not enquiring even once about Kader Khan’s health. He told news agency IANS, “Please ask Govinda how many times he enquired about his ‘father figure’s’ health. Has he even bothered to call us even once after my father’s passing away?”

“This is the way our film industry has become. There are no real feelings for those who have contributed to Indian cinema when they’re no longer active,” Sarfaraz added.

“RIP Kader Khan saab. He was not just my ‘ustaad” but a father figure to me, his midas touch and his aura made every actor he worked with a superstar. The entire film industry and my family deeply mourns this loss and we cannot express the sorrow in words,” Govinda wrote on social media.

Kader Khan died at the age of 81 in Canada.