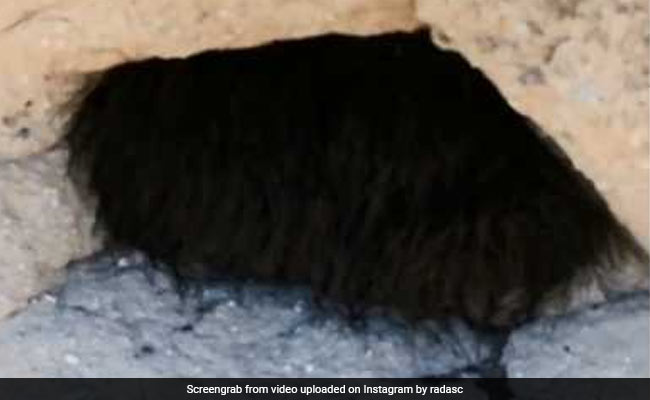 ‘Let sleeping dogs lie’ is a saying that is famous for a reason – but it’s clearly not one that these two hikers in Mexico had heard before. A video going viral on Twitter with over 1.67 million views shows two hikers coming across what appears at first glance to be furry animal in the corner of a cave.

According to a translation provided by the Mirror, one hiker can be heard saying: “I don’t know what it is but it’s very hairy! Is it a sleeping animal?”

The curious hikers then decide to poke the strange, sleeping animal with a stick, only to find out that it’s something much more terrifying – a nest full of spiders.

The video shows hundreds of spiders appearing out of the nest when poked and running across the ground.

“Yesterday exploring Alamos, Sonora… what appeared to be an animal sleeping in a cave turned out to be something more amazing!” wrote a Twitter user who goes by the username Rada SC while sharing the video on the micro blogging website.

You can watch the video below – but if you’re easily grossed out, we suggest you don’t.

Since being shared online a week ago, the video has collected a ton of shocked comments.

Afraid of spiders? Watch this and fear no more… https://t.co/3X3FKLZnd6

According to the Mirror, the spiders were later identified as pholcidae, commonly known as cellar spiders or daddy longlegs. These spiders are not dangerous to humans or venomous.