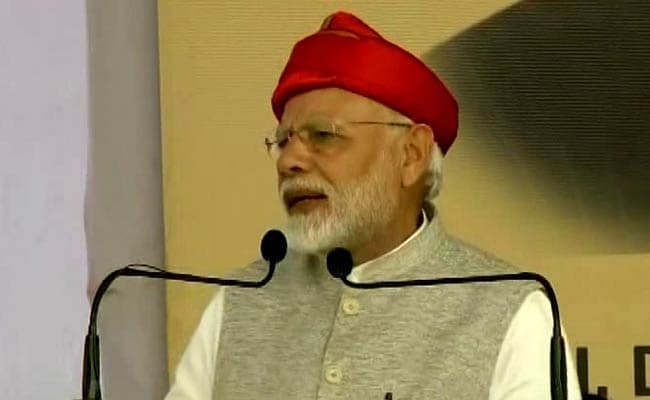 Prime Minister Narendra Modi described his government’s 10 per cent quota for the economically weaker sections a big step towards social justice and expressed hope that it would be passed in the Rajya Sabha, even as a debate on the bill took place amid opposition protests.

“Annaya ki bhavna khatam ho (the sense of injustice should end). We wanted equality of opportunity,” PM Modi said at a rally in Maharashtra’s Solapur.

The proposed bill to give 10 per cent quota in government jobs and education for the upper caste poor was cleared in the Lok Sabha on Tuesday after a long debate. The bill has been taken up in the Rajya Sabha after the session was extended by a day – a move that has provoked huge protests from opposition parties.

“The Rajya Sabha was extended especially for one day. I hope they pass it. I hope they honour the people’s wishes, for the sake of social justice,” said the prime minister.

He also accused the opposition of “spreading lies”.

“Yesterday till late night in the Lok Sabha we had a lengthy decision, some people opposed it, yet we passed the bill. It is a very important move for our Constitution,” PM Modi said.

The bill is expected to benefit a huge section of upper castes – including Brahmins, Rajputs (Thakurs), Jats, Marathas, Bhumihars, and several traders belonging to the Kapu and Kamma communities. The economically deprived among the other religions will also benefit.

A constitution amendment bill has to be passed with two-thirds majority in each house. Because the constitution does not provide for reservation on the ground of economic conditions, an amendment is required.