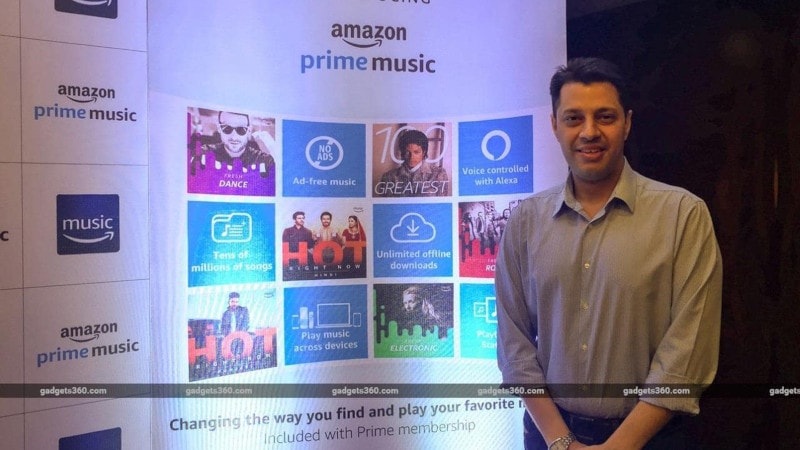 It’s nearly a year since Amazon Music made its debut in India and as the music stream service gears up for the next stage of growth, it’s doubling down on voice as a mode of interaction. With a slew of new feature introductions over the past few months, the company is quietly building up its voice capabilities in an effort to make sure the consumers spend more time listening to music, rather than wasting it fiddling with the visual interface on mobile devices or the Web.

With Alexa, Amazon has been at the forefront of the voice-based digital assistant space, and the same assistant that powers the company’s Echo devices is now being beefed up to make sure you are able to find your favourite music without having to learn complex voice commands.

“When we launched in 2018, we actually launched with Alexa in our Prime Music app,” says Sahas Malhotra, Director, Amazon Music – India. “And, the idea there was that it is not a bolt-on to visual apps, but how do we make voice at the centre of how you interact with music. And therefore, we wanted that customer should not have to learn a new language or a new way to interact with voice, but how can it — as natural as you and I are speaking or two friends get together — [help them] discover music.”

First previewed with Amazon Echo devices in late-2017, Amazon Prime Music recently received a new feature called Handsfree in India, which aims to make it easier to use voice commands in the service’s mobile apps. With Handsfree, customers don’t even need to tap on the Alexa icon in the app before asking the app to play something.

Handsfree joins a growing list of voice-exclusive features that the company has debuted over the past year, including Local Popularity, Recently Played, and Play More Like This.

Amazon Prime Music is offered as a part of the Prime subscription in the country, which costs Rs. 999 annually or Rs. 129 monthly.

All of these features were introduced in the US first before making their way to India, mainly because of the localisation involved in making sure these work as intended for the Indian consumers. Other customisations stemmed from the fact that how Indians interact with Alexa within Prime Music is also pretty different.

In most markets, the music is artist-focused and genres are very clear, most of the local music in India comes from soundtracks, be it Bollywood movies or music from South Indian or other regional movies. Amazon notes that it was a task to segregate this music properly, to make sure when an Indian consumer asks for something in particular, it is seamlessly fulfilled.

A market research done by Amazon revealed that the Indian consumers have interesting playback requests like “Play Happy Songs from 70s by Kishore Kumar” or “Play Mohd Rafi Sad Songs.” Amazon has been using meta data and tags in its catalogue to make sure Alexa is able to fulfil such and other complex queries.

The company claims its leadership in voice-powered music streaming in the country is one of the reasons why Amazon Prime Music is seeing massive growth. Amazon noted that Prime Music has doubled its userbase in the last five months and the adoption of Alexa is growing 3.5X. However, it declined to share specifics of the userbase, like how many people are actually using the service or how many prefer Alexa over the visual interface.

Amazon Music’s voice efforts come at a time when Spotify, the world’s biggest music streaming service, is gearing up to launch in the Indian market. The streaming service was originally rumoured to be arriving on January 31, but the launch has now said to have been moved to at least mid-February, though Spotify is yet to officially say anything about India availability.

While India is still a nascent market for music streaming, with usage seeing a major uptick after data prices took a dive following Jio’s entry, the segment has hardly been lucrative for the existing players. After failing to turn a profit, Saavn, which was once a major player, was acquired by Reliance Jio last year.

Despite the supposed upcoming entry of Spotify and unflattering state of other players, Amazon isn’t worried. The company says it is still early days for the industry and it is not worried about the competition.

“It is very early days of music streaming in India, only in the last 18 months, on the back of the data pricing crash, the customers are slowly becoming less data-conscious and they are trying things,” says Malhotra. “Right now, collectively, all services will just onboard a lot of listeners and the customers will try things. For the next two years, there is a lot of headroom to grow for everyone.”

Amazon states that it is planning to further expand the availability of voice-powered features on Prime Music in India. In 2019, we can also expect to see a bigger selection of music as well as more investment in curation.

Free Wi-Fi to All Villages Connected via BharatNet Till March 2020:...