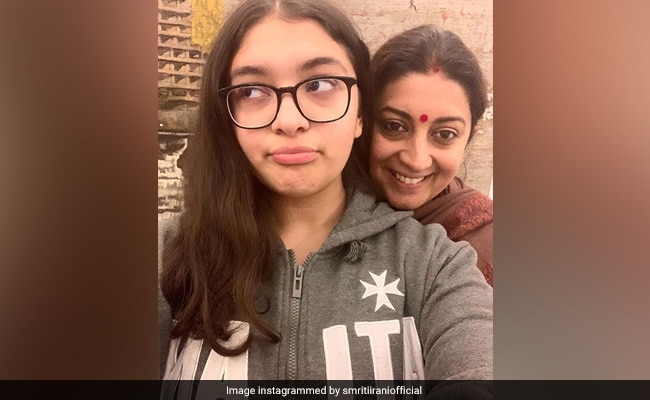 Union minister Smriti Irani maintains a very interesting Instagram feed, and her latest post is no exception. On Thursday, Ms Irani took to Instagram to share a picture with her 15-year-old daughter Zoish Irani and talk about an issue that plagues many mothers – dealing with teenagers.

In her hilarious post, Ms Irani explained what she does every time her daughter rolls her eyes – she resists the urge to ‘whack’ her and ends up smiling.

“#that irresistible urge to whack your kid every time she rolls her eyes but can’t …so you end up smiling,” Smriti Irani wrote, adding the hashtags #teenagetantrums #siyapa.

Smriti Irani’s post has collected over 27,000 ‘likes’ and hundreds of comments, with many calling it “relatable”.

“Hahahahaha!!! Gosh all of us mums go through that feeling don’t we?” wrote one person in the comments section. “How are you so awesome! I wish the world had more politicians like you who we could relate to,” said another.

Ms Irani often shares pictures of her family on Instagram. In January, she posted an adorable throwback picture with Zoish. “Zoe … You are a blessing, a gift from God,” she captioned the pic.

Before that, she also shared an old family photograph which shows her with her three children and husband, Zubin Irani:

Let us know what you think of her post using the comments section below.