Prime Minister Narendra Modi and US President Donald Trump tweeted each other today shortly before they are to meet at Houston’s NRG Football Stadium to address a crowd of 50,000 Indian Americans. The two will share stage — a gesture the White House has described as a way to emphasise the “strategic partnership between the world’s oldest and largest democracies”.

In response to President Trump’s tweet — “Will be in Houston to be with my friend. Will be a great day in Texas!” — PM Modi responded:

It surely will be a great day! Looking forward to meeting you very soon @realDonaldTrump. https://t.co/BSum4VyeFI

“He (Modi) asked if I would go with him and I’ve accepted and we are going to have a good time,” President Trump was quoted as saying by news agency Press Trust of India minutes before he boarded Marine One from the White House lawns. “I hear it’s a tremendous crowd,” he added.

This is PM Modi’s first visit to the US since his re-election in May this year – and his third meeting with President Trump in three months. The two are also expected to meet for the big bilateral summit on Tuesday and later, on the sidelines of the UN General Assembly on September 27.

This evening’s programme is being attended by 50,000 Indian Americans, who were seen queuing up outside the venue from early morning. By 9 am, the NRG Football Stadium  — one of the largest in the US, was packed.

Two US lawmakers — US Senator John Cornyn and House Majority leader Steny Hoyer — and President Trump are addressing the crowds before PM Modi. Calling it a “Texas-sized welcome” for PM Modi, US Senator John Cornyn said “India is one of our best friends and partners… Texas is India’s second largest trading partner in the US”.

The addresses were preceded by a cultural programme — “Woven: The Indian-American Story”.

The 90-minute music, dance, and multimedia show features close to 400 artistes and celebrates the Indian-Americans and their contribution to the  cultural, intellectual, and social landscape of the United States. 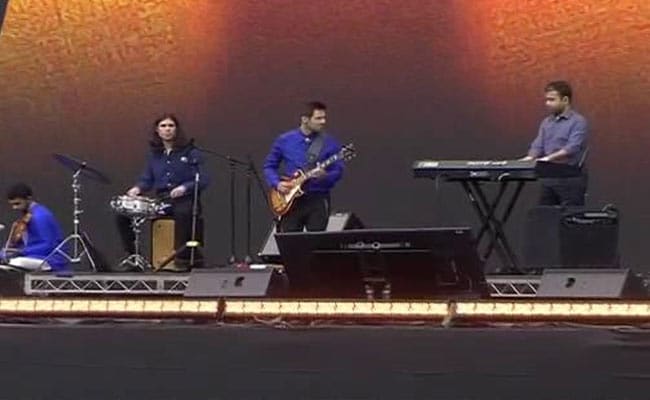 A cultural programme was presented by members of the Indian community in Houston.

The organisers — non-profit Texas India Forum — have said there are 27 groups performing in a live and multimedia experience that will showcase the diversity in the Indian-American community.

“A challenge that many second and third generation Indian-Americans go through is navigating the complexity of having a hyphenated identity as an Indian and an American. Woven showcases the multiplicity of Indian-American experience. Our hope is that each person sees themselves in at least one form of expression and recognizes that whatever mix of Indian and American they are, it is just right,” Heena Patel, the chief of MELA Arts Connect and co-producer of the programme was quoted as saying by PTI.

PM Modi is on a week-long visit to the US, the highlight of which include bilateral meetings with President Trump, a series of trade roundtables and an address in the UN General Assembly on September 27. 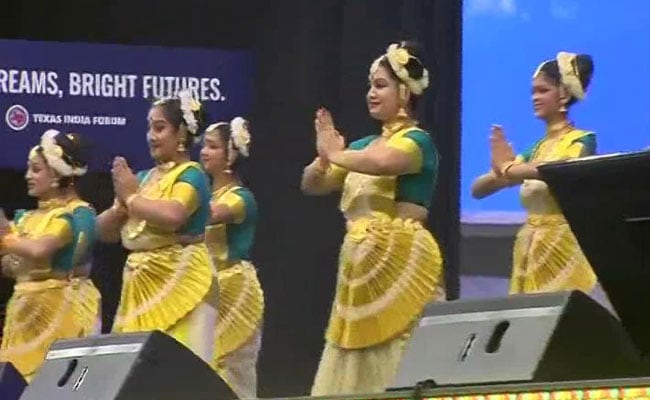 The visit comes amid trade tension between the two nations over tariffs, which is expected to be one of the key points of the discussions.

In June this year, the US ended the preferential trade status for India that allowed imports to the tune of $5.6 billion to enter the US duty-free. India retaliated with tariff hikes on 28 American products that reportedly cost the US around $220 million.

India — already the sixth-largest buyer of US liquefied natural gas — is open to negotiations and wants its preferential trade status restored for a few more years, as PM Modi struggles to boost exports amid a sluggish global economy.