Huawei is apparently set to expand its smartphone by soon launching the Mate Mini and Mate Smart models. The new phones, which aren’t officially announced yet, have been spotted on the trademark applications filed with the European Union Intellectual Property Office (EUIPO). Separately, the Huawei P30 Lite has been tipped with a full-HD+ display and Android 9.0 Pie. The new smartphone family is rumoured to have the Huawei P30 and P30 Pro models as well. It is expected that the new Huawei P-series versions will come as the successors to the P20 Lite, P20, and P20 Lite that debuted back in March last year.

The trademark applications for the Huawei Mate Mini and Mate Smart were filed with the EUIPO on January 29. Both are categorised as Class 9. As per the description available on the EUIPO site, the new trademarks are for smartphones, though there are mentions of “smartwatches, smart glasses, computer hardware, tablet computers, and virtual reality headsets” as well.

LetsGoDigital first spotted the trademark applications of the Mate Mini and Mate Smart.

Huawei generally launches its Mate-series phones in October. For instance, the Mate 20 family was launched last October, while the Mate 10 models had debuted back in October 2017. It is, therefore, safe to expect the new Mate phones to come sometime around the traditional schedule.

Nevertheless, for MWC 2019, Huawei presumably has the P30 models. The new smartphones, codenamed Elle, Vogue, and Marie Claire, are likely to emerge as the P30, P30 Pro, and P30 Lite at the forthcoming exhibition.

But in the meantime, Android phone blog DroidShout has spotted a phone carrying MAR-LX1M model number through UA profile information available on the Huawei website. It is believed to be the Huawei P30 Lite. The information was featured on the website, which we weren’t able to verify independently, showed that mysterious handset has a full-HD+ (1080×2312 pixels) display along with a 19.3:9 aspect ratio and runs Android 9.0 Pie.

The same hardware with MAR-LX1M model number reportedly received EEC certification in the past. The model numbers VOG-L29 and ELE-29 also surfaced on the certification site, as per the screenshot shared by DroidShout.

Chinese site QQ has leaked an image showing the case of the P30 Lite. The case has cutouts for triple camera setup and fingerprint sensor at the back. There could be 20-megapixel, 16-megapixel, and 2-megapixel camera sensors in the triple camera setup. Further, it suggests that the phone will have a waterdrop-style display notch. 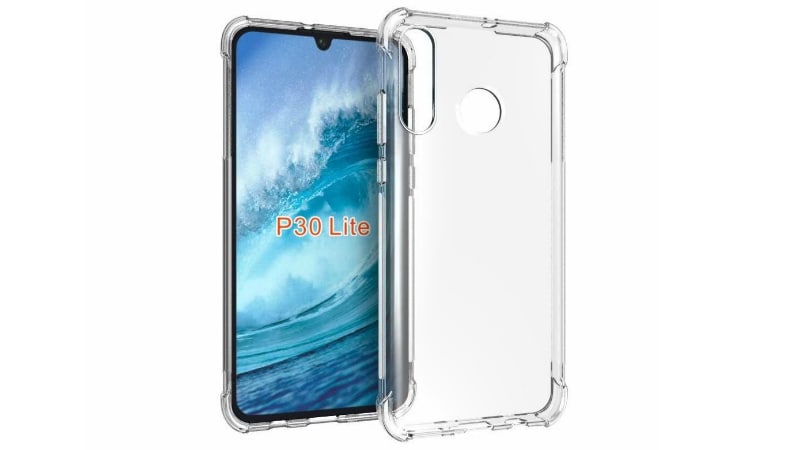 Additionally, a leaked image sourced by QQ shows the glass panels of the Huawei P30 Lite, P30, and P30 Pro models. All three panels have a waterdrop notch and thin bezels. 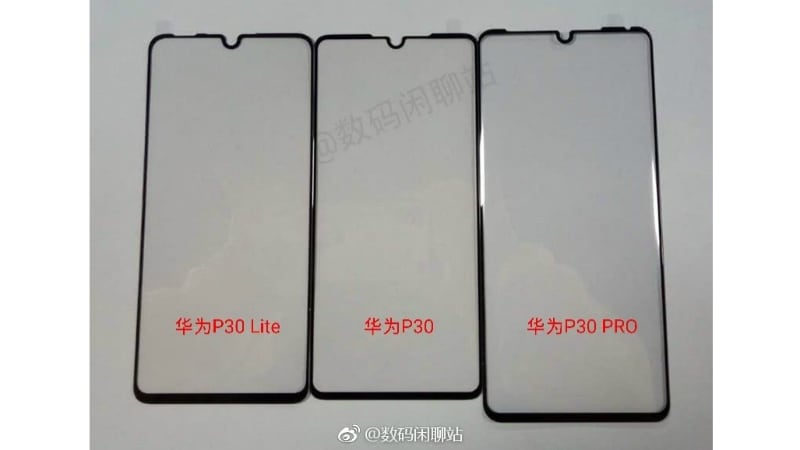 We need to wait until MWC 2019 to see what Huawei has for this year. Meanwhile, it is safe to expect some more rumours especially around the P30 models.

Realme May Be Preparing Redmi K20 Pro Competitor With Snapdragon 855...