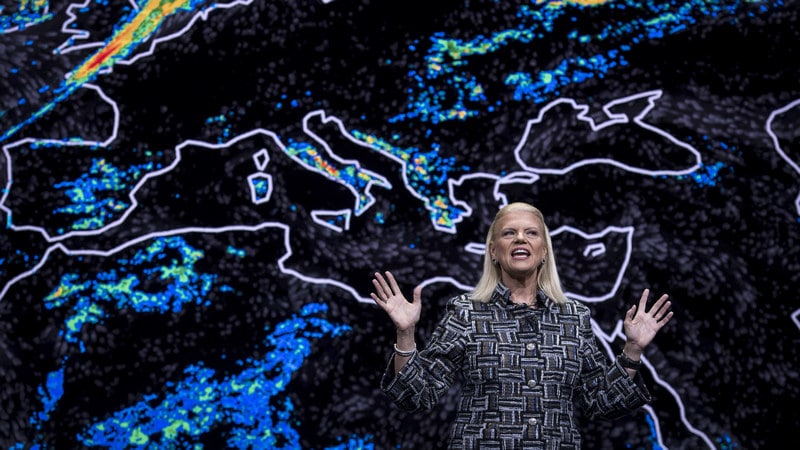 When IBM bought the Weather Company in 2016, it wasn’t clear what the long-term plan was for the acquisition, or how IBM would leverage the company’s specialities – dozens of forecasters, tens of thousands of personal weather stations and a website that drew millions of people to stories with headlines such as “You won’t believe what divers found in this underwater cave.”

On Tuesday, IBM parted the clouds on why it got into the weather business. Chief executive Ginni Rometty announced at the Consumer Technology Association’s CES conference that IBM will launch a forecast model this year, combining the trove of meteorological data from the Weather Company with the tech giant’s supercomputing power. Given IBM’s technology prowess and the Weather Company’s data, the model could boast the best short-term forecasts in the world. That’s what Peter Neilley is banking on, at least.

Neilley, IBM’s senior vice president for global forecasting, said in an email that the model “will be the most accurate source of short term (1-12 hours ahead) weather forecasts in places of the world” that are underserved by state-of-the-art weather modelling today. Places such as South America and Africa, where a dearth of weather observations makes it all but impossible to generate accurate forecasts.

“I think it’s wonderful. Absolutely wonderful,” said Betsy Weatherhead, a senior scientist at the University of Colorado. IBM has “the capability that others don’t have,” she said, and “they’re bringing the best minds together.”

Weatherhead, who has been active in the meteorology enterprise for decades, is pleased that IBM is focusing on South America and Africa. “The forecasts have always been poor in those areas, in large part due to observations,” she said, “but they are addressing that” by crowdsourcing the data.

The Weather Company hosts data from millions of weather stations across the globe, many owned by private weather enthusiasts who buy and maintain the equipment themselves. That data feeds into the weather model and serves as baseline conditions for the prediction. Theoretically, the more observations a model has, the better the forecast it can produce.

The current US model, the Global Forecast System, runs at a spatial resolution of eight miles every six hours. Put another way, imagine a television screen where each pixel was eight miles wide, and each frame lasted six hours. Certainly, this was the pinnacle of forecast technology a decade ago, limited by the computers on which the models were run.

As computer power increased, so did the resolution and skill of the weather models. IBM says its model, the Global High-Resolution Atmospheric Forecasting System, or GRAF, will predict weather at a 1.9-mile resolution for the entire globe every hour.

But you might not get to see the result firsthand. Whether the model output will be available to purchase “hasn’t been fully determined yet,” Neilley said. What he could say was that it will go into the products that populate mobile apps, TV weather presentations and international forecasts. In that sense, the forecasts will improve because the model is wrapped in.

Process all that data and generating so many forecast points requires a supercomputer, for which IBM is known. The company says the new model will run on POWER9 processors, which are used in the world’s fastest computers, the U.S. Department of Energy’s Summit and Sierra.

As The Washington Post reported in 2016, the National Weather Service had the opportunity to use the core of IBM’s new model but had concerns about its performance. Neilley said the National Center for Atmospheric Research, which developed the core, took it back to the drawing board and optimized it for the POWER9 system.

In the meantime, the Weather Service chose a different model core, which one expert at the time said was “a disaster for US weather prediction.”

But Neilley was quick to say that he does not believe this sets up a public-private competition, or an information war between the Weather Service and IBM.

“The weather enterprise is changing,” Neilley said. “Our traditional roles of public and private and even academia are shifting. Access to information, high-performance weather models, all those are enabling participants to play in different swim lanes than they were 20 years ago. There’s just different players now, and whether you think of that as competition . . . that’s not how we think of it.”

Neilley says IBM is trying to fill a void in parts of the world where good weather forecasts do not exist. He pointed out that the High-Resolution Rapid Refresh model, or the HRRR, was a game-changer in the United States for short-term forecasting.

“You go to places like Brazil or Africa, there’s nothing like that,” Neilley said. IBM’s model “is trying to be a global HRRR.”

Motorola One Action Goes on Sale in India Today via Flipkart:...