​Manchester City midfielder Ilkay Gundogan has warned Bayern Munich ahead of their upcoming Champions League opponents Liverpool, stating the club can create ‘fire’ at Anfield ahead of the last 16 clash.

Gundogan previously plied his trade for Bayern’s fierce rivals Borussia Dortmund, and has told the club they should be wary of the threat Liverpool possess, knowing all too well from his recent visits there as a City player. 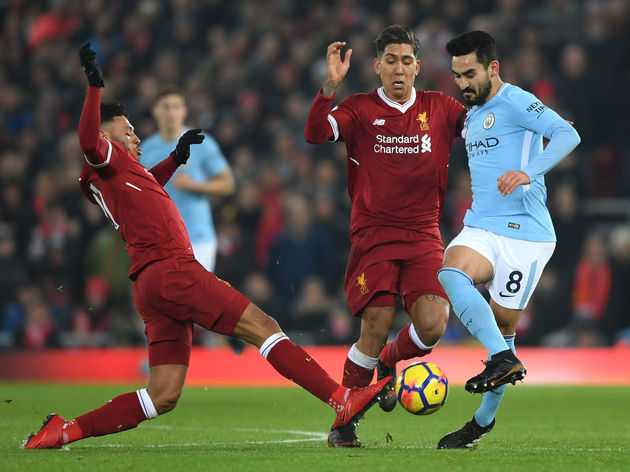 Since joining City in 2016, Gundogan has been unsuccessful at Anfield in four attempts, with his side conceding eight goals in the process, including being eliminated in the Champions League quarter finals 5-1 on aggregate by the Reds last year. Speaking to​ SportBild, Gundogan has issued a warning signal to his former rivals, claiming they should be wary ahead their upcoming trip to Merseyside on 19 February.

“I know how hard it is to play in Liverpool. So I honestly see Liverpool a bit ahead of Bayern,” he said.

“You can kindle a fire at Anfield, develop a momentum that is second to none. In 15 minutes, you can concede three goals”

Despite the 28-year-old’s admiration for the Citizen’s Premier League rivals, he believes should ​Bayern weather the ​Liverpool storm, they’ll stand more than a chance of progressing at the Allianz Arena in the return leg.

He added: “If the Bayern survive in Liverpool, they will be able to beat any opponent at home.”

The German international scored his fifth league goal of the campaign in the recent win over Chelsea and will be hopeful of bagging his first European goal of the season as ​City take on Schalke 04 in their last 16 tie.

5 Players Who Have Played Most Minutes in Each of Europe's...