It was all about double dates on Friday night. Shahid Kapoor and Mira Rajput managed to take scoop time off their busy schedules and recently caught up with actress Raveena Tandon and her film distributor husband Anil Thadani in Mumbai. The quartet called for adorable photos outside the Palli Village cafe, where they hung out for dinner and a get together on Friday night. For the dinner date, Shahid was dressed in a casual t-shirt, which he paired with a pair of three fourths, while Mira opted for a casual top and a pair of blue denims. Ranveena Tandon made a chic statement in a blue jeans and classic black shirt. Flashbulbs popped at the quartet as they were seen exiting the cafe. 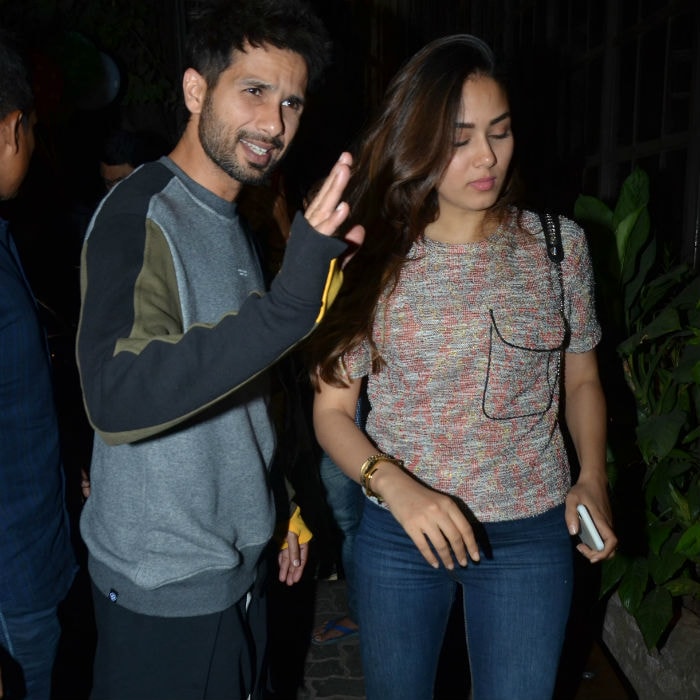 Mira Rajput and Ranveena Tandon happily posed for the shutterbugs outside the cafe. 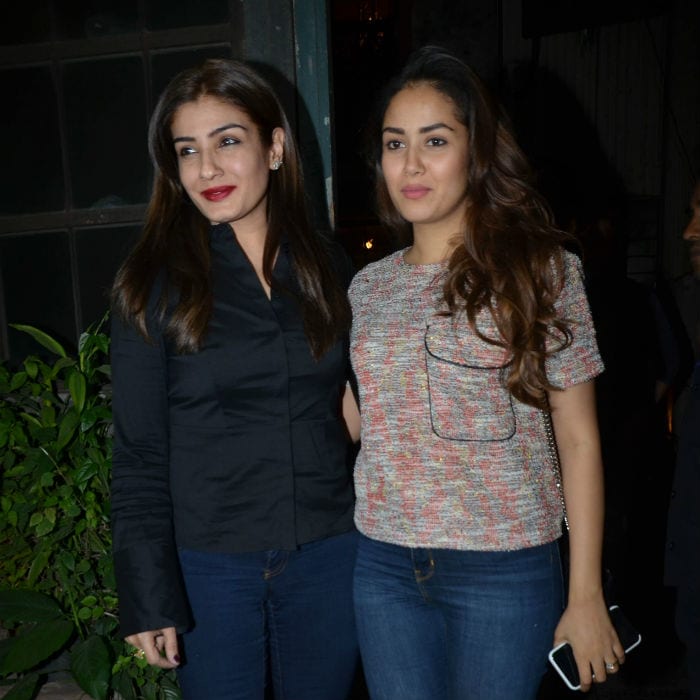 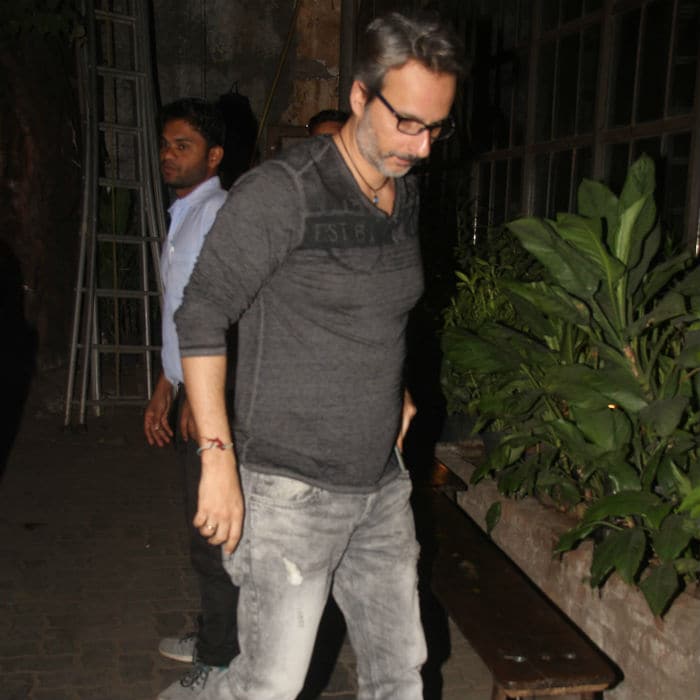 Anil Thadani was photographed at the cafe.

Shahid Kapoor and Mira Rajput got married in Delhi in 2015 and the couple became parents to Misha in August 2017. Shahid and Mira welcomed their second child Zain in September last year.

Mira Rajput recently made an interesting revelation about her first meeting with husband Shahid Kapoor. As a part of Instagram’s ‘ask me anything’ session, Mira was asked, “What was it like meeting Shahid for the first time, considering he’s a star?” Mira revealed that she was only 16 when she met the actor and wrote: “(It was) just like meeting anyone for the first time. Interesting. It was actually when I was 16 and we were at a common family friends house for a concert by a Sufi singer.”