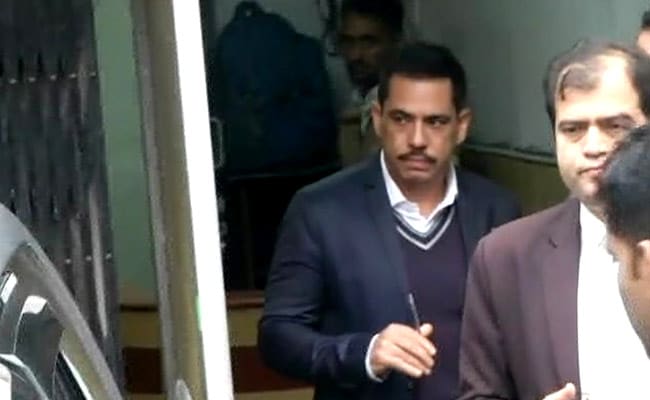 New Delhi:  Businessman Robert Vadra, the brother-in-law of Congress chief Rahul Gandhi, is being questioned in a money laundering case for the second day. In a five-hour session yesterday, the Enforcement Directorate, the agency investigating the case, questioned Mr Vadra on allegations that he illegally owns nine properties, cumulatively worth 12 million pounds (Rs 110 crore), in London. Today, the agency is questioning him on his links with the main players in the case – controversial arms dealer Sanjay Bhandari, his nephew, and two others. Mr Vadra has denied the allegations, calling it a political witch-hunt. Coming months ahead of the national elections, his questioning has become another flashpoint between the government and the opposition.