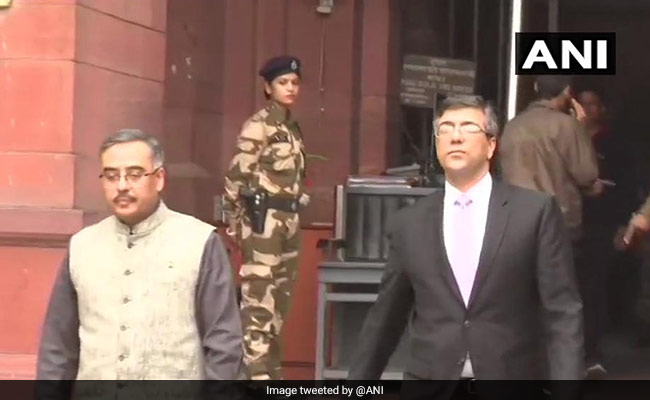 India today summoned the Pakistan High Commissioner a day after over 40 Central Reserve Police Force (CRPF) personnel were killed in the deadliest terror attack on security forces in Jammu and Kashmir.

Pakistan envoy Sohail Mahmood was called to the Foreign Ministry office by Foreign Secretary Vijay Gokhale who raised strong protest over the killing of the soldiers in Pulwama, official sources said.

India today decided to remove “Most Favoured Nation” privileges given to Pakistan and said it would take all steps to ensure the country’s isolation globally.

The foreign ministry, he said, would initiate all possible diplomatic steps to ensure complete isolation of Pakistan in the international community, he said, adding that there was “incontrovertible evidence” of Pakistan’s direct hand in the attack.

Yesterday, New Delhi had urged the international community to back the naming of Jaish-e-Mohammed leader Masood Azhar as a “UN designated terrorist”.

The US has also asked Pakistan to “immediately end support and safe haven to all terrorist groups”.